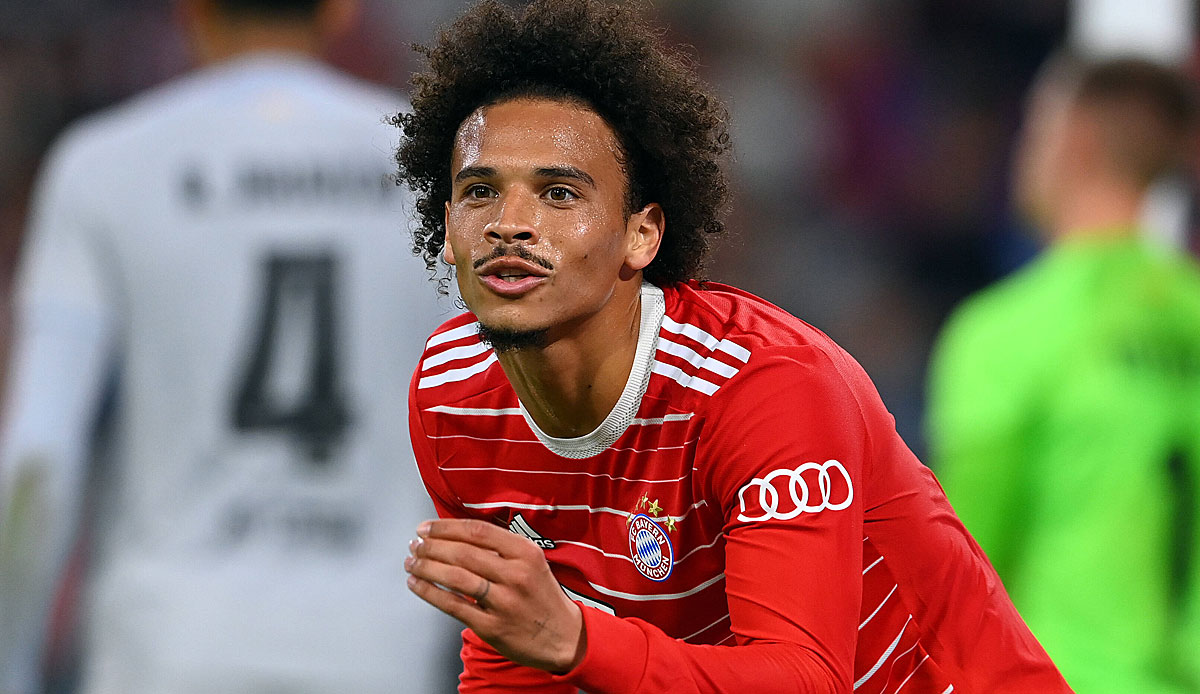 First he scored the important 2:0, after being substituted a drinking bottle across the coaching zone. What was going on? With a smile on his lips, Leroy Sané (26) moved into the mixed zone following the 2-0 victory of his FC Bayern Munich against FC Barcelona.

“I scored a goal but didn’t play a good game. I’d rather play a good game. I want to play better. That’s why the bottle suffered,” said Sané, who was substituted for Mathys Tel in the 80th minute. “I wasn’t upset about the substitution. I was a bit tired at the end. The coach saw that too.”

Amazing statements, Sané was actually one of the best at FC Bayern in the 2-0 win against FC Barcelona. In the past few weeks he has been convincing in rows: in the 2-0 win at Inter Milan, Sané advanced to the match winner with a goal and an assist, after ten competitive games he already has eight scorer points.

Against Barcelona, ​​Sané started differently than last time on the right side, the offensive quartet was completed by Sadio Mané, Thomas Müller and Jamal Musiala. “In the first half we didn’t do much to help the defense in offense. We didn’t break free, didn’t hold the ball well, didn’t play brave enough. That gave us easy chances to score,” criticized Sané. “Lucas (Hernández) and Upa (Dayot Upamecano) played outstandingly and won almost every duel. We attackers have to say: Thanks to the defence.”

FC Bayern: Sané on the interaction with Musiala

Sports director Hasan Salihamidzic then praised Sané for his “self-critical” attitude and said: “I spoke to him: he was angry with himself and a little bit with everyone because we didn’t play well in the first half.”

In fact, Barcelona had several good chances to take the lead, mainly through Robert Lewandowski. The hosts were also lucky when a penalty was not awarded after Alphonso Davies fouled Ousmane Dembélé. Shortly after the break, FC Bayern decided the game with a double strike from Hernández and Sané. “We played better in the second half,” said Sané.

The highlight was his remarkable goal to make it 2-0 after a great solo run, prepared by Musiala. “We both get along very well. Off the pitch but also on the pitch. We have a similar style of play,” said Sané.