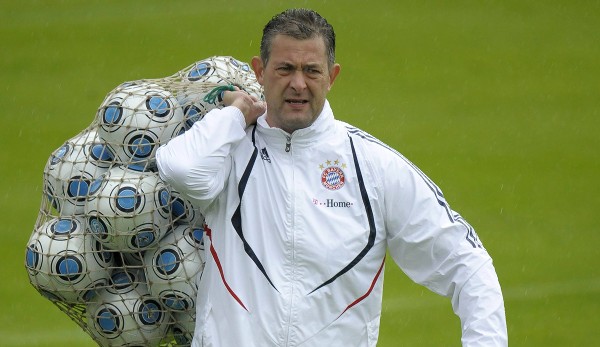 A former kit man at FC Bayern Munich went before the labor court after being dismissed without notice. FCB star Benjamin Pavard was harshly criticized by France after the World Cup opening game. All news and rumors about FC Bayern can be found here.

The former kit man at FC Bayern, Thomas Reschke, has appealed to the Munich labor court against his immediate dismissal from the German record champions. In February, the 51-year-old was kicked out by FCB after club officials heard him say to his daughter in relation to Serge Gnabry and Eric Maxim Choupo-Moting: “You don’t need to bring them home with me.”

FC Bayern reacted immediately with a termination without notice, against which Reschke is now suing. On Wednesday, the judge proposed ordinary termination by November 30 as a comparison. The plaintiff himself was not on site, but had his lawyer represent him before the labor court.

“It wouldn’t have been bad if the plaintiff had been there. Then he could have said something about it. We are ready for an ordinary termination by September 30,” said Bayern Munich’s lawyers.

Reschke’s lawyer reacted as follows: “I’m not hearing anything new. My client is burned in the industry. It is foreseeable that he will only find a job as a janitor. He earns 1,800 euros less. He would like to have his dream job (kit warden , editor’s note) continue.” Reschke’s goal is a severance payment. The trial is scheduled to continue in mid-December.

Although France won the World Cup opener against Australia 4-1, Bayern star Benjamin Pavard was not able to convince. On the contrary, the French press punished the 26-year-old with bad grades.

The defender didn’t get to the back in time for France’s only goal, and he didn’t look good in other scenes either. For this he cashed in from the French sports newspaper L’Equipe only a four, with ten being the best grade. RMC Sports only distributed a three to Pavard.

Meanwhile, FCB team-mate Dayot Upamecano got better grades. The 24-year-old was awarded a seven by both media, the L’Equipe saw the “Munich version” of the central defender. Upamecano made a total of 114 successful passes against Australia.

Pavard had repeatedly expressed thoughts of parting from FCB in the past few weeks. He is ready to “consider interesting new projects outside of Germany,” he said, for example Gazzetta dello Sport. Noisy sky Pavard is already aiming for a change before the end of the contract in 2024, and he wants to advertise himself at the World Cup.

Despite Lucas Hernández’s serious injury, FC Bayern are not looking for reinforcements for the defense this winter. “We will not do anything on the transfer market,” said FCB sporting director Hasan Salihamidzic picture.

“Firstly, it would probably be very expensive and secondly, there is nothing on the market either. In addition, we stand by Lucas Hernández 100 percent and will give him all the support so that he gets well as soon as possible,” continued Salihamidzic.

The defender tore a cruciate ligament in his right knee during France’s World Cup opener against Australia (4-1) and will be out for a long time. Bayern are now likely to rely on Matthijs de Ligt and Upamecano in central defence, with Pavard and Josip Stanisic as backups.

Salihamidzic also announced that the 26-year-old would be brought to Germany from Qatar “as soon as possible” and that knee expert Prof. Dr. Christian Fink is to be operated on in Innsbruck. Fink recently also took care of Sadio Mané’s injury.