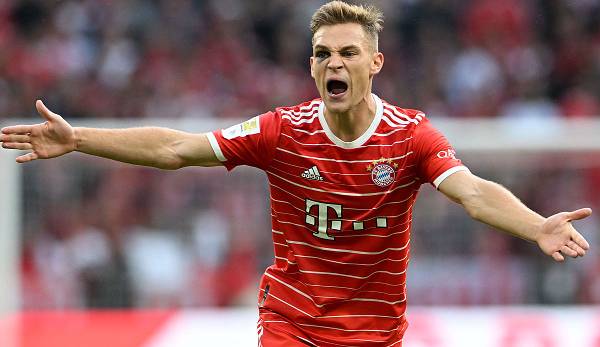 Would you like more news and rumors about FCB? Right this way.

In view of the current crisis at FC Bayern, former European champion and FCB star Markus Babbel has called for rapid development from coach Julian Nagelsmann.

“You have to give the coach maximum support until the end. That’s what those in charge are currently doing. Hasan Salihamidzic has put together a great squad,” said Babbel sky and then made Nagelsmann responsible – he was “despite everything still a Bayern trainee”.

“Nagelsmann has to learn fast. He has to be aware of that. He has to think about it now: Do I stay as I am or do I try to learn more,” continued Babbel, who described Nagelsmann as a “great coaching talent”.

Babbel’s tip for the 35-year-old coach: “Now he has to try to become calmer and more confident so that the players also notice that the coach has everything under control outside. But if you just look at the interview after the Augsburg game, you get the feeling that Nagelsmann doesn’t know what to do anymore. That mustn’t happen.”

At the same time, he “must talk tacheles from time to time. Certain players have to be told that they should do what the coach demands on the pitch. Otherwise you won’t play anymore. A team pays attention to that.” FCB has not won in the Bundesliga for four games and most recently lost to FC Augsburg. Some star players are said to have criticized Nagelsmann, while Ralf Rangnick protected the coach.

FCB legend Markus Babbel has also sharply criticized national player Joshua Kimmich. “He has achieved a standing in recent years, so we all said: world class, outstanding. But I noticed last season that he no longer has the discipline to play in his position,” said the former defender at sky.

The 27-year-old plays “sometimes on the six, then on the eight, as a ten or left winger. He does gymnastics everywhere, just not where he should play.” Babbel also criticized Kimmich for letting himself fall too easily: “Meanwhile I have the feeling that he wants to shine and that because of his status you can no longer attack him, let alone touch him.”

Kimmich has to “resist more”, otherwise “you have to put Kimmich on the bench and send a sign if he doesn’t do what is required,” said Babbel.

On Wednesday it was announced that Manuel Neuer and Leon Goretzka had tested positive for the corona virus in the DFB team, and now another Bayern player from his national team will be missing for the time being. As the team doctor of the Moroccan national team announced on Wednesday, Noussair Mazraoui has a minor injury to his ankle.

The downtime is four to five days, they say. Mazraoui hardly got any playing time after moving from Ajax Amsterdam to Munich at the beginning of the season, but his minutes of action have been increasing lately. So now he has to accept a setback, albeit a small one.

FC Bayern: The game plan in the coming weeks