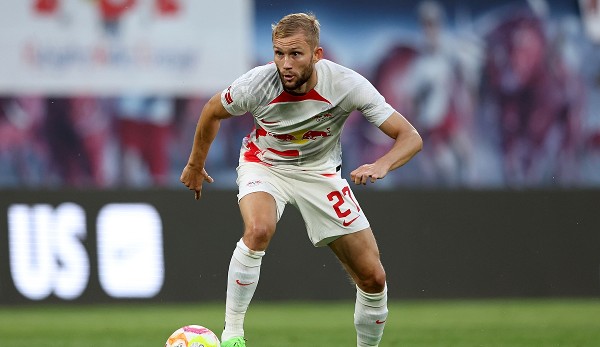 Sport director Hasan Salihamidzic has other tasks for the FC Bayern Munich squad during the World Cup. Lucas Hernández suffers the end of the season with the national team with a cruciate ligament rupture. Meanwhile, Mathys Tel is making excellent use of the international break. All news and rumors about FCB can be found here.

While the majority of FC Bayern Munich players are currently in Qatar for the World Cup, sporting director Hasan Salihamidzic continued to work on the FCB squad in Munich at home. As the sports picture reported, one player should continue to have priority: Leipzig’s Konrad Laimer. It is best if he comes free transfer in the summer.

Julian Nagelsmann definitely wanted to sign him in the summer, but it failed due to a non-agreement with his current club. But extending the contract beyond next summer is not an option. According to the report, Laimer rejected a corresponding advance by Leipzig. Chelsea FC was also rejected with an offer. Liverpool FC is currently still working on Laimer.

Another dream player from Bayern should also be Florian Wirtz. The creative anchor from Bayer Leverkusen would probably be too expensive at the moment – more than 100 million euros will probably be called. There could be movement here if the premier class is missed in the summer, but it is rather unrealistic. Borna Sosa is currently not a candidate either, the report says that they would rather get a defensive left-back.

Bayern central defender Lucas Hernández started on the left-hand side of defense in France’s World Cup opener against Australia on Tuesday evening, but tore a cruciate ligament in his right knee after only nine minutes of defending, as the French national team announced during the night.

For Munich, it means the premature end of the season. And even beyond that, it could be longer. Since Hernández was also a candidate for the left-back position at Bayern, FCB’s efforts to find a new signing for the position – with defensive strengths like Hernández – could now be intensified again to the already existing interest.

Doubly bitter: Australia then drew 0-1, but France turned the game around to a 4-1 win. The absence of Lucas Hernández was “a heavy blow” for the team, national coach Didier Deschamps assessed the development. “We noticed immediately that it was something bad,” said goalkeeper Hugo Lloris, but was positive: “Of course it’s a setback, but we’re going on and looking ahead.”

In an interview with Sport Bild, Bayern youngster Jamal Musiala commented on Julian Nagelsmann’s tactical approach and drew a comparison with the current national coach Hansi Flick, with whom FCB won the sextuple. Flick attaches great importance to high pressing.

The philosophies of the two coaches are not identical, but there are “some parallels” to the Nagelsmann system. In Munich they want to “go aggressively into counter-pressing, put the opponent under pressure quickly and win the ball immediately” – as with Hansi Flick.

Musiala’s flexibility also helps – ideally combined with that of Thomas Müller, as the youngster reveals. “Thomas is a born number 10,” enthused Musiala. But because both he and Müller can be used in different positions, the defense never knows what’s coming. “I like that, we can confuse the opponents that way,” said Musiala.

The summer signing of Bayern Mathys Tel is not in Qatar with the senior national team, but is currently staying with the French U19s. And things are going extremely well there for FCB’s Sturmjuwel. In the first game of this suspension period (7-0 against Kazakhstan) Tel scored three goals and scored two more goals from his colleagues.

In the second game of the U19 European Championship qualifier, he didn’t score in the 2-0 win over Iceland, but he made up for it on Tuesday evening. In the 3-1 away win in Scotland, Mathys Tel paved the way with the 1-0, followed up with the 2-0 and left the field in the 72nd minute when the score was 3-0. If the 17-year-old comes back to Bayern in this form from the winter break, he could be a real contender for playing time with the record champions.

So far he has only seen short-term appearances at FCB. He was only in the starting XI twice. He didn’t score in four Champions League appearances, but his rate in the Bundesliga is impressive: three goals in 163 minutes of the game – that’s a goal every 54 minutes. Eric Maxim Choupo-Moting scored every 87 minutes for FCB in the first half of the season.