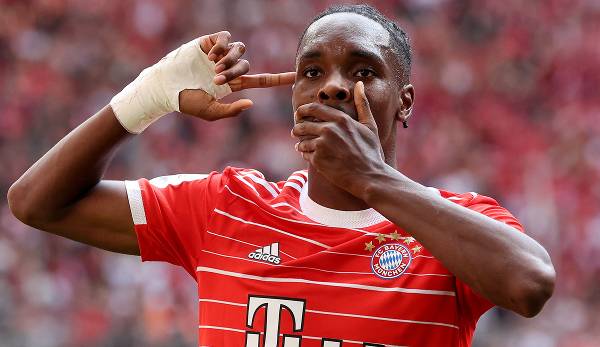 Apparently, Julian Nagelsmann has his hands full, not only because of Leon Goretzka, to keep the dressing room happy. Robert Lewandowski returns to Munich “as an enemy” with FC Barcelona, ​​it is said in Spain. And: There are said to have been numerous loan requests for Mathys Tel. Here you can find news and rumors about FC Bayern.

You can find more news and rumors about FCB here

FC Bayern, rumor: is it bubbling in the cabin?

At Bayern there is a “cabin seething,” reports the picture. Accordingly, coach Julian Nagelsmann also feels, despite his statement sky at the weekend (“I don’t really take it that seriously”) that some players are dissatisfied with their roles. For this reason, the 35-year-old now has up to four one-on-one calls a day.

Leon Goretzka’s mood is particularly poor. However, his request for a starting eleven after the 2-0 win at Inter Milan at the start of the Champions League (“But now I’m ready to start”) was not well received by Nagelsmann’s team management.

Goretzka was allowed to play from the start in the 2-2 draw against VfB Stuttgart, but was replaced again by Marcel Sabitzer against Barcelona. “Marcel has the grain and the power,” said Nagelsmann on Monday. Goretzka “feels the strain after such a long time. We have to manage that we still have something from him.”

Mathys Tel made history against Stuttgart. At 17 years and 136 days, the Frenchman became the youngest starting XI debutant and, thanks to his goal to make it 1-0, also the youngest Bundesliga goalscorer for the German record champions in history. He had already replaced Jamal Musiala as Bayern’s youngest competitive goalscorer with his goal against Viktoria Köln in the DFB Cup.

Now transfer expert Fabrizio Romano reported that sports director Hasan Salihamidzic had received numerous loan requests for Tel after the change from Stade Rennes in the summer, without naming a specific club. However, a loan was not an issue for either the bosses or Nagelsmann.

With 12 points from six games, Bayern had their weakest start to the Bundesliga season in 12 years. Thomas Müller can therefore understand the recent criticism.

“If we leave feathers, that always leaves room for criticism and interpretation. That’s also ‘fair enough’ (= okay). It’s up to others to trigger a fundamental debate now, but it’s about what you can afford to do to achieve a goal,” said the 33-year-old on Monday.

Now Müller sees the team as having a duty: “We allowed a situation to arise in which we would be punished – and that’s why I was angry.”

FC Bayern, News – Xavi: “Not only Lewandowski have”

Bayern meets FC Barcelona in the Champions League on Tuesday (9 p.m. in LIVETICKER). Barca coach Xavi made it clear at a press conference that the Catalans aren’t just made up of Robert Lewandowski. “He’s important. His timing, his pace and his understanding of the game give us a lot, but we have many other weapons,” said the 42-year-old.

Barca’s record against Bayern is underwhelming. Most recently, there were four bankruptcies in a row against the German record champions, including the 8-2 disaster in the 2020 Champions League quarter-finals. Barca have never won in Munich, the last win against Bayern came in May 2015 in the semi-finals of the premier class ( 3:0). The overall record: 9 Bayern wins, 2 draws, 2 Barca wins.

“We suffered a lot and had a bad time here,” Xavi said of the return to Munich: “We want to hold back. We have a chance of winning here. But we’ll come with humility.”

Thomas Müller in particular has a lot of respect from the Barca coach: “He’s a fantastic player, he makes a big difference and he can read the game. He’s a leader. It’s difficult to defend him.”

The duel between Bayern and Barcelona already makes headlines in the Spanish media in advance. “Barca scares Bayern,” she wrote mark and referred to the Catalans’ outstanding start to the season with four wins from five league games and the opening win in the Champions League against Viktoria Pilsen (5-1).

Lewandowski becomes “from Barca’s executioner to an ally against Bayern,” said the Mundo Deportivo. And the Sports stated: “It’s likely that Barca fear Bayern more. But the reality is that the crucial player has changed teams. Robert Lewandowski returns to the Allianz Arena this Tuesday as an enemy.”

The most important questions and answers about Lewandowski’s return to Munich can be found here.

In addition to Kingsley Coman (torn muscle fiber), Bouna Sarr is also unavailable to Munich against Barca. A report in the French newspaper L’Equipe According to the defender, he will undergo patellar tendon surgery on Tuesday and won’t be available again until 2023.

“I’m clear in many positions, not yet in central defense,” said coach Julian Nagelsmann at a press conference on Monday. Lucas Hernandez is set, but he’s still hesitating between Dayot Upamecano and Matthijs de Ligt.