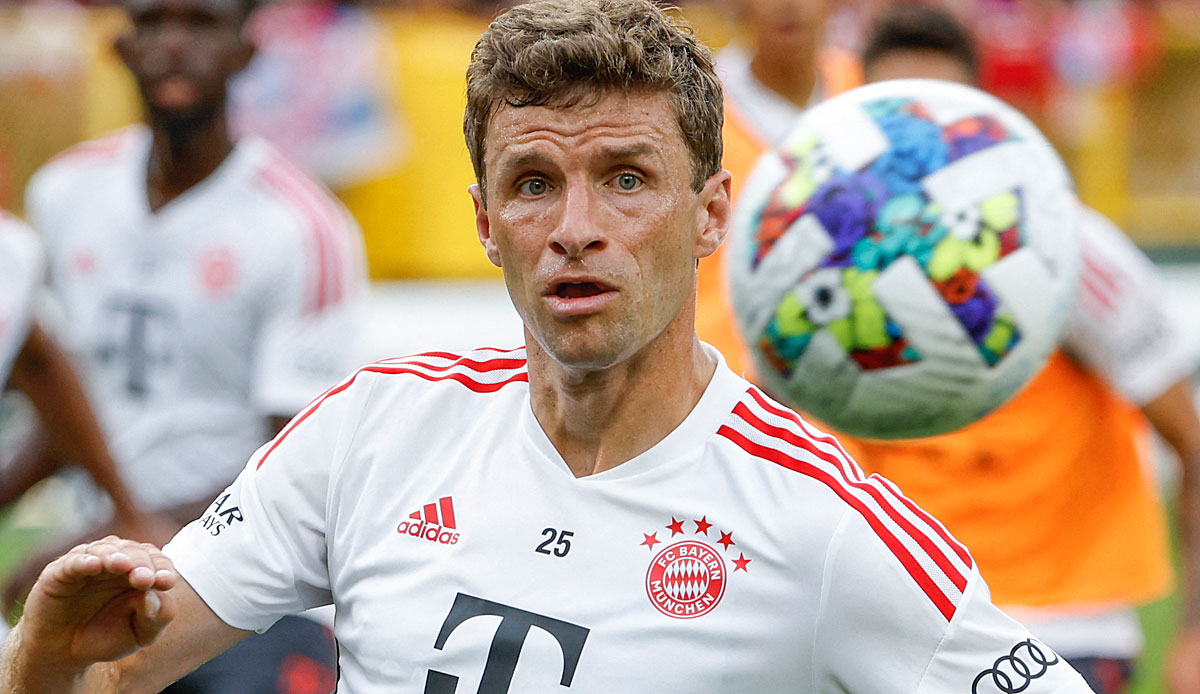 Thomas Müller praised FC Bayern Munich’s transfer summer. At the same time, the 32-year-old explained how Munich would deal with the departure of Robert Lewandowski. And: Bayern lost the game against Manchester City. Here you can find news and rumors about FC Bayern.

Thomas Müller thinks that FC Bayern has made a statement with its commitments. “It’s definitely a summer of transfers with exclamation marks,” he said picture On Sunday. The attacker particularly praised the transfer of central defender Matthijs de Ligt. “One thing is clear: With the transfer of Matthijs, the club is already sending a signal. On the one hand to the outside world, but also to us on the inside,” said Müller.

“We never had excuses. But the sails are perhaps even more clearly set in the direction of success. There is no left and no right! That must be clear to us players. It’s a special year, the World Cup year. You can clearly see that The club also made a statement with it. And accordingly, it should be a signal for us players to do our part so that we can have maximum success in the end,” said Müller.

So the international takes his teammates to task. “In the end, it’s now about not only having top players, but also getting things done as a team so that the defense can shine,” said the 32-year-old.

With regard to the sports director Hasan Salihamidzic, Müller sees the team as responsible. “I’m happy for Brazzo that some top transfers have already worked out and the wind is now blowing from a positive direction. Now it’s up to us to make something of it,” said Müller.

With the change of top striker Robert Lewandowski, Müller sees a possible change in the Munich game. “Perhaps we will score fewer goals than before,” said Müller in the picture on sunday. The statics of the game presentation will now change.

“It will be exciting to see how and where we develop on offense in the coming months. But positively exciting! Our goal must be that we don’t sit together again in six months and say: Phew, now we’re missing the goals, we have a problem,” said the 2014 world champion.

And Müller continues: “I’ve broken it up a bit logically for me. We don’t play with ten men now because Lewy is gone. Of course, a lot of balls went to him, but there will be another player there in the future. To put it bluntly: The ball stays in play and hopefully the opponent won’t always have it instead of Lewy. There will be opportunities and chances for another one of us up front. It will definitely be different, that’s for sure.”

There were “good reasons” for Lewandowski’s move to Barcelona, ​​said Müller: “But of course we don’t know what to expect if a man who was good for 30 to 50 goals every year in all competitions is no longer on the pitch. “

He considers it “quite possible” that his own goal rate will now increase. Müller scored 13 goals and provided 25 assists in 45 games last season.

But Müller is not worried – and recalled the past: “Mario Mandzukic came in 2012 and replaced Mario Gomez in the center. Mandzukic wasn’t the better final striker, he didn’t have better goal statistics than Mario, on the contrary. But somehow we were in this special one Treble year 2012/13 almost invincible as a team.”

FC Bayern Munich: All the top scorers of the millennium – not including Klose

The transfer from Mathys Tel is safe and sound. According to information from SPOX and GOAL, the Bavarians have agreed with Stade Rennes on a transfer of the storm talent. On Monday, Salihamidzic was in France and made a third offer. The fee is a little less than 30 million euros including possible bonus payments. The 17-year-old will be handed a five-year contract.

According to consistent media reports, the Frenchman’s management will pay part of the transfer fee. Tel is expected for a medical check on Sunday and could probably start team training on Tuesday.

Bayern Munich failed the last endurance test before the start of the season. In the friendly against English champions Manchester City, coach Julian Nagelsmann’s team deservedly lost 0-1 (0-1). The decisive goal was scored by star striker Erling Haaland (12th) on his city debut, which had to be interrupted several times due to storms in Green Bay.