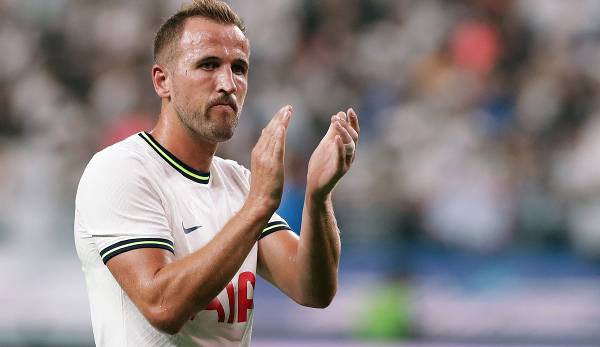 Transfer expert Fabrizio Romano explained how great FC Bayern’s interest in Harry Kane actually is and why a move to the Isar should be very difficult. Meanwhile, Oliver Kahn spoke about his management style. The news and rumors from Munich can be found here.

According to rumours, FC Bayern are very interested in Harry Kane signing up as the eventual successor to Robert Lewandowski in the top striker. Nothing will come of it this summer, however.

And if transfer expert Fabrizio Romano has his way, this undertaking will also be difficult next summer. Tottenham Hotspur have “absolutely no intention of letting Kane go. It’s impossible this summer. Nothing will happen there. But also for the future: Manager Fabio Paratici, coach Antonio Conte and President Daniel Levy are working together to create a future around to build Harry Kane,” Romano said on his podcast.

However, said bosses knew about Bayern’s interest and want to prevent another Munich attempt next year at an early stage: “They want to offer him a new contract to prevent Bayern from trying again next summer.”

On FC Bayern’s US tour, CEO Oliver Kahn said of Kane: “Harry Kane is an excellent striker who is under contract with Tottenham.” This is loud sports picture the new, leisurely public course on the subject, after trainer Julian Nagelsmann had previously raved about Kane and thus drawn the ire of Conte.

How great the appreciation of Munich’s Kane actually is, Romano explained as follows: “I was told that Julian Nagelsmann and the FC Bayern board believe that Kane is the perfect player for their style and the Bundesliga. They are convinced of it that Kane can be the new Lewandowski for them.”

Kane’s contract in London runs until 2024, having just signed a new contract a few years ago. At that time, Manchester City, among others, was very interested in the national striker.

At Tottenham, on the other hand, the recent positive sporting development also plays a role: “The atmosphere in Tottenham is completely different now. They have Champions League football and Harry Kane seems to be happy with the team and the atmosphere. At the moment it’s between him and Tottenham everything is perfect,” said Romano.

FC Bayern – News: Oliver Kahn wants to be more in the foreground

Bayern Munich CEO Oliver Kahn wants to play his role more aggressively in the future. “It’s always a development – also for yourself, and I know that as Bayern Munich’s CEO I have to be accessible to the public,” said Kahn sports1.

But that doesn’t mean, the Bayern boss continues, “that from now on I’ll be broadcasting live 24 hours a day. But if there’s something to say, then I’ll do it.”

The past few months have “further advanced the record champions at management level. We are closely coordinated, you can see that in our transfers this summer – then it’s automatically fun,” emphasized Kahn: “Meanwhile, the processes are working more and more as we all and I imagined it, and that gives a very good feeling.”

He is “very optimistic about the new season with the Supercup on Saturday against the cup winners RB Leipzig as the first endurance test. We have big plans for Bayern again this season,” announced Kahn (53).

Sadio Mane was officially honored as Africa’s footballer of the year last week. This makes him the first Bayern player to receive this honor. Reason enough for Munich to celebrate their newcomer.

FCB therefore presented the Senegalese with a large cake and sparklers after training on Tuesday. Oliver Kahn and sports director Hasan Salihamidzic gave the cake bearers.

Right-back Bouna Sarr, who missed the record champions’ US tour through injury, returned to team training on Tuesday. It was the first training session on Säbener Straße after returning from the American promotional tour.

It is still unclear whether Sarr will be ready for action again on Saturday in the Supercup against RB Leipzig.

Meanwhile, newcomer Mathys Tel also took part in the session and made his training debut on the day the transfer was officially announced.