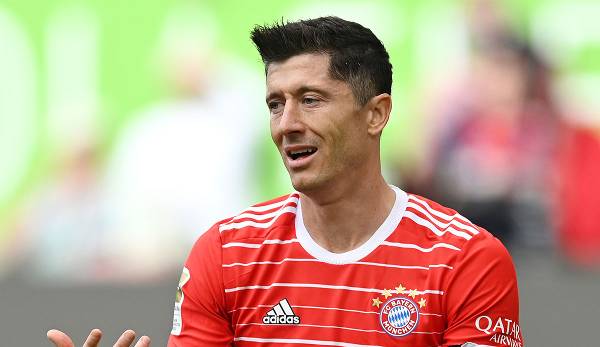 Robert Lewandowski says he hasn’t received an offer from Bayern, his agent is also increasing the pressure and the Pole is talking about Thomas Muller. All news and rumors about FC Bayern can be found here.

Here you can find the news and rumors from yesterday.

After the 2-2 draw against VfL Wolfsburg, Robert Lewandowski sky claims he didn’t receive any offer from Bayern Munich at all. This contradicts the information provided by the sports director Hasan Salihamidzic. He also said before the game sky: “I spoke to Lewa. During the conversation he told me that he did not want to accept our offer to extend the contract and that he would like to leave the club.”

According to sports1information, the adviser to the Polish star striker Pini Zahavi is increasing the pressure on the Bayern bosses. He is apparently pushing for a quick start of negotiations with FC Barcelona. This means that Lewandowski could also leave this summer. His coach Julian Nagelsmann, on the other hand, is not sad, but emphasizes the incentive of a possible departure of the top scorer.

Robert Lewandowski wants to leave, but Thomas Müller stays with the master. The Pole also commented on the game about Muller: “He’s incredible. He always has his own style, performance and skills. I know him well and we have a blind understanding when he passes the ball to me. I always have to be ready be.” All in all, Lewy only had positive words about his team-mates: “I have to thank them all. They help me to score goals and pass the ball to me.”

Despite the draw, the goalgetter is happy. “We won the German championship. It was a great time, a great season and now we can think about the future.