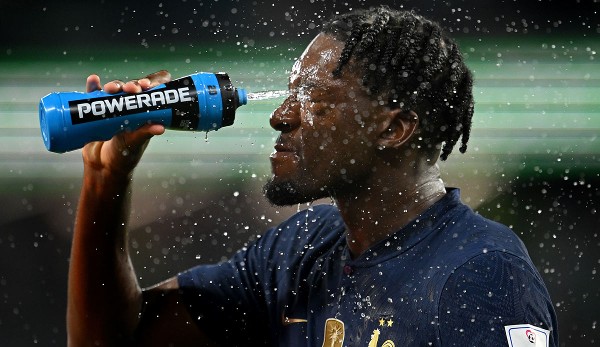 Again there are rumors about FC Bayern’s interest in a French defender. A transfer would be an expensive affair. Latest news about the German record champions.

Again there are rumors about FC Bayern’s interest in the French international Axel Disasi: Telefoot reports that FCB and Manchester United have taken the first steps towards signing the AS Monaco defender. RMC Sports had already reported a few weeks ago that Disasi was a transfer candidate for those responsible in Munich. However, it was not about a commitment in the current transfer period, but about a change to the next season.

In the medium term, FCB is looking for a new defender who can ideally be called up in the center of defense and as a right-back. Because the whereabouts of Disasi’s compatriot Benjamin Pavard, who is willing to change, on Säbener Straße is considered unlikely. Disasi is also a trained central defender and can play on the flank. The 24-year-old’s contract in Monaco runs until 2025.

Last summer, Monaco’s Ligue 1 rivals PSG were looking to sign the up-and-coming defender. Disasi confirmed this: “It’s always nice to be associated with Paris Saint-Germain. I’m an ambitious person and PSG are a very ambitious club. But I feel very comfortable in Monaco and the transfer window is coming to an end opposite.” A transfer fee of 50 million euros was discussed at the time.

In the long term, however, Disasi is aiming for a commitment in the Premier League: “I like England. It’s a very exciting league, I would say it’s my favorite league.” He has already been linked with Tottenham Hotspur and Manchester United.

In his youth, Disasi played for PSG neighbors FC Paris, among others. In 2016 he moved to Stade Reims and in 2020 he went to Monaco for 13 million euros. There he became a national team player (three appearances for Les Bleus) and was part of the squad for the World Cup in Qatar.

Various English media recently reported on FC Bayern’s interest in Kai Havertz. how sports1 but now wants to know, there is nothing to these rumors.

Bayern are well occupied in the offensive positions, so they don’t really want to strengthen themselves there. Havertz is a regular at Chelsea, but the Blues have recently invested huge sums in upgrading their squad. His contract with the Blues runs until 2025.

(SID) National player Florian Wirtz is apparently not thinking about saying goodbye to Bundesliga club Bayer Leverkusen in the near future. “The interest of other clubs will definitely increase again. But the outcome of this season is not very important for us,” explained father and advisor Hans-Joachim Wirtz in an interview with the Editorial Network Germany.

First of all, it is important that the 19-year-old “gets through the first games in the Bundesliga well” after recovering from a cruciate ligament tear, said Wirtz Senior: “The league is tough, the first three or four games will be a big challenge for him. We know everyone that the closed season is now finally over.” He also had to praise Bayer coach Xabi Alonso: “He was always careful and never overloaded Florian”, the interaction between the two worked “perfectly”.

Wirtz still has a contract in Leverkusen until 2027. “We are interested in fulfilling as much of this term as possible,” said his father. Wirtz junior is repeatedly associated with other clubs, and FC Bayern has also been traded as an interested party on several occasions.

The serious skiing accident brought Bayern keeper Manuel Neuer further criticism. Ex-FCB defender Markus Babbel agreed 888sport.de: “Of course, Neuer unnecessarily put a big egg in Bavaria’s nest with his injury. That was very negligent. I’m Bavarian and I can say that no Bavarian goes on a ski tour in 10 centimeters of snow – it’s really life-threatening. I know not what he was thinking. Those responsible will certainly not have been happy either. They just had to look painfully, also financially speaking, at how the problem could be solved.”

The Munich team reacted to Neuer’s failure by signing Yann Sommer. Babbel is looking forward to duel for the number one role after the captain’s recovery. He said: “I can imagine that they now want Neuer to prove himself again and compete with Sommer. Every field player is in competition – why shouldn’t the goalkeeper be too? Maybe Neuer will too It’s good when he’s pulled out of his oasis of well-being and has to go into a duel. That can give you an additional push. Sommer is a Swiss national keeper, his nation has overtaken Germany by a long way – he doesn’t have to hide under any circumstances, even if he knows who’s in front suits him. It’s a very exciting constellation.”