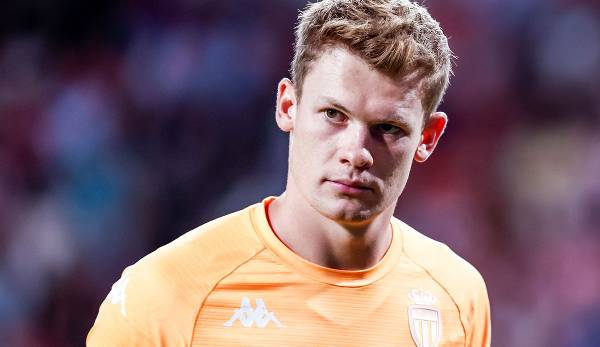 Eric Maxim Choupo-Moting is reportedly not ready for contract talks until after the World Cup. The people of Munich are planning the future with Alexander Nübel. Jamal Musiala talks about his recovery. And: Holger Badstuber represents Lothar Matthäus. Here you can find news and rumors about FC Bayern.

FC Bayern, News: Choupo-Moting is playing poker because of a contract

Eric Maxim Choupo-Moting and his advisor Roger Wittmann apparently do not want to hold talks about extending the contract with FC Bayern, which expires in 2023, for the time being. That reports the picture.

Accordingly, the 33-year-old striker wants to wait for the World Cup in Qatar, where he will play with Cameroon in the group stage against Brazil, Serbia and Switzerland. Choupo-Moting, who is currently said to be one of the low earners at FCB, wants to sign another fat contract at the end of his career, the report goes on to say. In addition to Manchester United, other top clubs are said to have already registered their interest.

“We will definitely talk, we would like to keep him,” said FCB sporting director Hasan Salihamidzic on Sunday Sky90: “We knew from the start that he was a really good footballer. We’re all surprised that he has such a run. Now he’s showing what he can do.”

Choupo-Moting moved from Paris Saint-Germain to the Isar in 2020. In the current season, the native of Hamburg scored ten goals in 14 competitive games and prepared three more goals.

The German record champion plans with Alexander Nübel in the future as number one between the posts. He reports that table football. However, the 26-year-old, who is still under contract in Munich until 2025 and is currently on loan to AS Monaco, is not fixated on FC Bayern. Premier League clubs are said to be interested in signing.

One thing is certain: Nübel will not return to Munich after his loan, which ends in 2023. “That won’t happen,” confirmed Salihamidzic after visiting the goalkeeper in France last week Sky90. Born in Paderborn, who came to Munich from FC Schalke 04 in 2020, he could be loaned out again.

In any case, a return makes no sense as long as Manuel Neuer is playing. The 36-year-old’s contract runs until 2024. Salihamidzic made it clear: “Neuer is outstanding. We’ll do the devil and tell him: Stop it. He’ll decide how long he wants to play. In his form he’s the best goalkeeper in the world – and we’ll keep him there. “

Sven Ulreich should also be number two in the coming season. Munich can “definitely” imagine another year with the 34-year-old, said Salihamidzic. Ulreich’s contract expires next summer.

Jamal Musiala has once again made a huge leap in performance compared to last season. The main reason for this is his diligence, as the 19-year-old now explained.

“My shots in front of goal were good. I still worked hard on them to be as efficient as possible, mostly with our assistant coach Dino Toppmöller after training. We train exactly the shots that I get in the game “It’s about repetitions, as often as possible. The goals that I’m scoring now, I’ve already scored in training in one way or another,” Musiala said table football.

The attacking player also commented on his 81 on FIFA 23: “It’s okay, I went up six from last time, that’s a decent jump.”

Musiala also revealed how he thinks about winning the Ballon d’Or: “Every player wants to win individual awards. I’ve dreamed of the Ballon d’Or since I was a child, but I don’t have a big eye on it, I just want it develop and keep getting better so that we win trophies as a team, and then when there are individual awards, so much the better.”

Musiala talks about the World Cup: Click here for the news

Mathys Tel moved from Stade Rennes to Munich last summer. Since then, the 17-year-old has appeared in eleven competitive games, scoring three goals.

“They’re one of the best, maybe even the best team in the world,” enthused the Frenchman Telefoot from FC Bayern. It is a big challenge to assert oneself there – and he accepts it.

“I will do everything for it and I am really determined to make it happen,” said Tel.

With Lothar Matthäus and Holger Badstuber, two former Bayern stars are campaigning for youngsters. Since Matthäus will be traveling to Qatar for the World Cup, Badstuber is taking over his job as E-Youth Coach at TSV Grünwald.

How did this happen? “He helped me Sky90 sat opposite and told me that he would like to be in the coaching business. So I said to him: Holger, start at the bottom with the E-Youth at TSV Grünwald. You can take a look there,” says Matthäus.

Incidentally, the Grünwalder E-Jugend has been outstanding so far under the leadership of the 1990 world champion – nine games, nine wins. “We took over the FC Bayern DNA in Grünwald,” joked Matthäus.