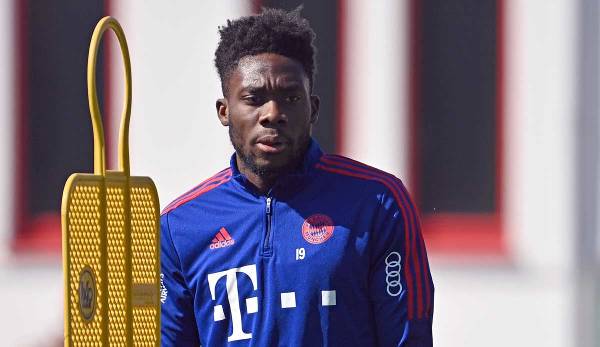 Alphonso Davies wants to be available to FC Bayern Munich again as soon as possible. Thomas Müller failed to draw level with Uwe Seeler after scoring international goals, but is still in a positive mood. News and rumors about FC Bayern can be found here.

All FCB news and rumors from Friday are here.

Alphonso Davies wants to be available to FC Bayern Munich again as soon as possible. “I’m doing my best,” said the 21-year-old in an interview on the Bayern website about his comeback plans: “I work closely with the medical department and the rehabilitation staff. And I train very, very hard with and off the ball, run a lot, do strength training. I hope to be able to help the team again soon.”

Davies was diagnosed with signs of mild heart muscle inflammation after suffering from corona. The Canadian has therefore been missing from FC Bayern since the beginning of the year. The full-back was able to complete parts of team training again last week.

“I’m happy to be back at Säbener Straße. The regeneration is going well so far. I don’t have any problems with my muscles or my heart, but I’m not at 100 percent yet,” reported Davies. He was “simply happy” that he could train again.

According to Davies, the past few weeks have not been easy: “The last four to eight were very boring, hard on my head. I made a lot of music in my studio. My family was here for a long time and I have my girlfriend once or twice visited in Paris. And otherwise: wait, wait, wait …”

Exactly when Davies will be available to Bayern again is unclear. Coach Julian Nagelsmann had stated in mid-March that Davies could still be missing “three to four weeks”.

FC Bayern, News: Müller “in a positive mood” despite a missed shot

Bayern international Thomas Müller missed drawing level with Uwe Seeler in the 2-0 victory of the DFB team against Israel by missing a penalty. “Unfortunately we missed the post from the penalty spot, but we’re still in a positive mood for Tuesday’s game against the Netherlands,” Müller wrote on Twitter.

The 32-year-old currently occupies ninth place in the national team’s list of all-time top scorers with 42 goals, behind Seeler. Against Oranje (Tuesday, 8.45 p.m. in LIVETICKER) Müller has the next chance to catch up with the HSV idol.