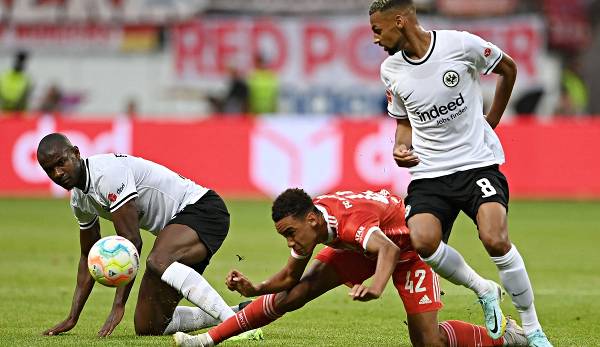 Musiala takes inspiration from Maradona and Messi. Lothar Matthäus expresses his concerns about Harry Kane’s signing. The news and rumors about FCB.

In order to improve his own style of play, Jamal Musiala seems to be learning from the likes of Diego Maradona and Lionel Messi. Opposite of sports picture the national player talks about his role models: “I can learn from both of them,” explains Musiala in relation to the absolute assertiveness that Maradona and Messi showed him.

“I try to keep playing because if the opponent thinks you’ve been fouled, they might switch off for a moment,” he reveals his plan against the defenders. “Maradona did a world class job despite the opponent’s body contact, Messi does it fantastic too,” he praised the two Argentines.

A transfer from Harry Kane to FC Bayern next summer makes “absolutely sense”, but at the same time Lothar Matthäus also sees a danger in hiring such a superstar. Opposite of picture if he worries about “unrest in the team”, Kane should be signed.

In terms of sport, however, the record national player is impressed by the England international. “He has both the quality and the mentality for FC Bayern. And with the return of a true centre-forward, Julian Nagelsmann would really have all the options in this top squad,” explains Matthäus.

However, the fact that Lewandowski was handed over was “the right decision”. He also sees a “top player” in Sadio Mané, who also brings new flexibility into the FCB game. “It was a good deal for all parties.” And if Nagelsmann does want to fall back on a nine, “Choupo-Moting could also occupy that,” he analyzes the Bayern squad.

Apparently, Jamal Musiala doesn’t just compete with his fellow players on the soccer field. The youngster also duels with his colleagues on the chessboard. He worries in an interview with the sports picture about “hardly any good opponents” in the team. “Kingsley Coman is quite good, as is Jo Kimmich,” says Musiala about the chess skills of his teammates.

But he hasn’t tested them in one-on-ones: “We haven’t played against each other yet,” says Musiala. But he always sees Coman practicing on his cell phone. He would like to catch up on an away trip, but he’s worried about leaving the team’s last chess greats behind: “If I beat Kingsley, then there won’t be many competitors left in the team.”