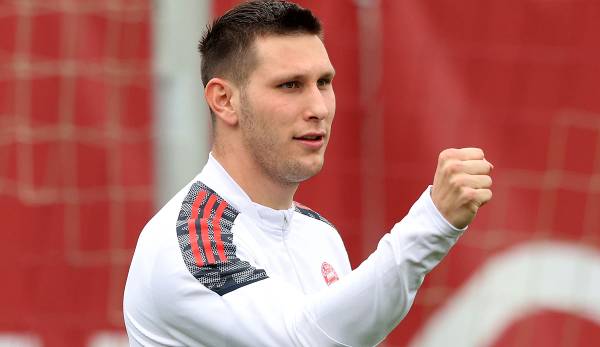 Niklas Süle is apparently fit again after his muscle fiber tear. Robert Lewandowski returned injured from the Polish national team but is said to be able to play against SC Freiburg. However, his backup Eric Maxim Choupo-Moting is out. All news and rumors about FC Bayern can be found here.

Here you can find even more news and rumors about FC Bayern.

FC Bayern, News: Süle is about to make a comeback

Niklas Süle is available to FC Bayern Munich sooner than initially thought after tearing his muscle fiber. The central defender got involved again in the Munich team training session on Säbener Strasse on Thursday. The club announced this on its website.

The 26-year-old could therefore be an option for FCB head coach Julian Nagelsmann for the away game at SC Freiburg on Saturday (3.30 p.m. in LIVETICKER).

In the run-up to the game against Union Berlin (4-0) before the international break, Süle tore a muscle fiber in his thigh and therefore missed the German national team’s two games against Israel (2-0) and the Netherlands (1-1).

Robert Lewandowski has returned from an international match with the Polish national team. As the image reported, Bayern’s top scorer missed training on Thursday due to a bruised rib.

The use of the 33-year-old in the game at SC Freiburg on Saturday should therefore not be at risk. Should Lewandowski fail anyway, coach Julian Nagelsmann would have to improvise on the offensive, after all, his backup is not available.

As Bayern announced on Thursday, Eric Maxim Choupo-Moting has to pass due to a corona infection. The Cameroonian is therefore in domestic quarantine. He’s fine.

According to his own statement, left-back Omar Richards received support from Joshua Kimmich in particular when he was settling in at Bayern Munich. “From day one to today,” emphasized the 24-year-old in an interview with the club magazine 51: “He asks how I’m doing, gives me tips on what I can improve. I really appreciate that. Joshua is like a big brother to me.”

Referring to Kimmich, Richards added: “He understands that moving to a foreign country, moving from a small team to one of the best clubs in Europe, is not that easy.”

The defender switched from English second division side FC Reading to FC Bayern last summer, but has so far not progressed beyond the role of backup. In total, he played 15 competitive games for Munich and managed one assist in the DFB Cup.