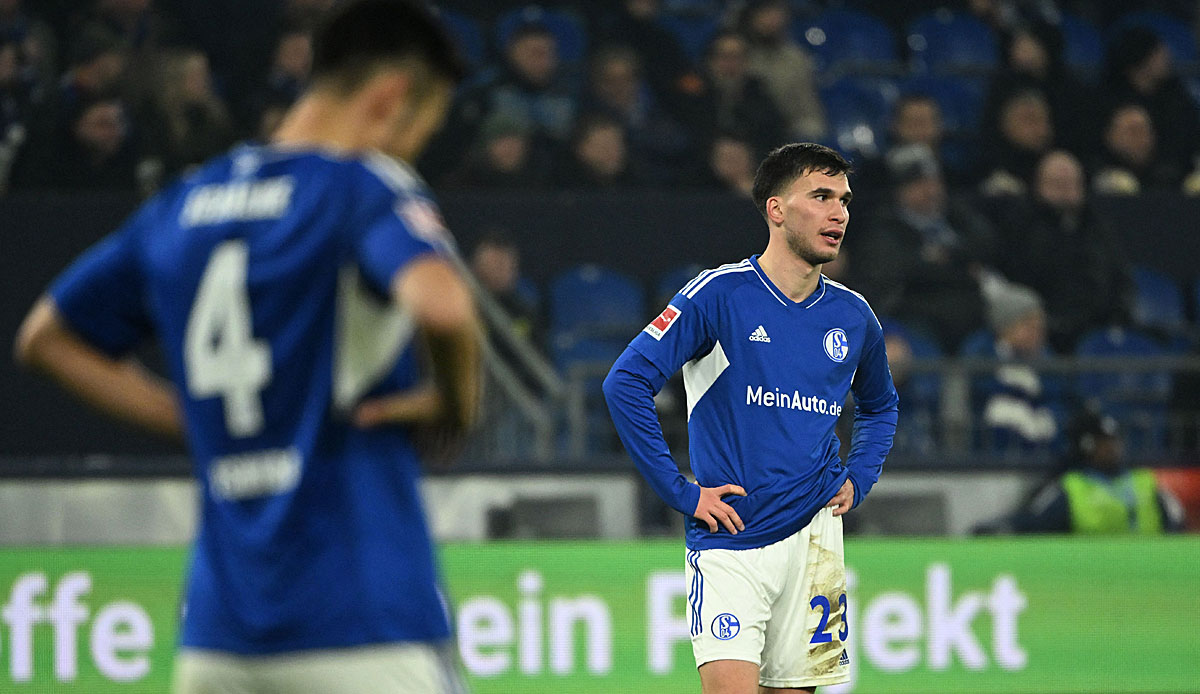 Schalke 04 is on the ground again. After the 1: 6 against RB Leipzig, the situation is just as hopeless as when relegated two years ago.

Peter Knäbel didn’t have time. “I have an appointment with a sponsor – in three minutes,” the sports director apologized after the 1: 6 (0: 4) debacle of bottom-placed Schalke 04 against RB Leipzig. All attempts to explain the repeated unchecked fall in the direction of second class or the supposed winter reinforcements were left to others by the person primarily responsible.

Captain Danny Latza found the Royal Blues’ frighteningly weak performance “desolate” several times, which lacked any suitability for the first division. “If you don’t accept duels and let the opponents run, you have no place in the Bundesliga,” said coach Thomas Reis harshly – and should slowly be wondering where he ended up.

When the second-worst first half of the Schalke club history was over on Tuesday evening, the arena was almost empty, eerily quiet – and much was reminiscent of the historic crash two years ago. After just one win from the last eleven Bundesliga games, the run-down traditional club is just as hopeless with just two more points and three goals conceded less than in winter 2021. The saving bank is far away, the fifth relegation is near.

There was a team on the field that embodied at best an average level of the second division against Leipzig, who were quick to think and act quickly. And Knäbel’s activities during the winter break gave the impression that the team for the lower house was already being put together.

The Frenchman Florent Mollet, probably the strongest player in the team, was sold again by the sports director – to get players like Jere Uronen, Niklas Tauer, Michael Frey and Tim Skarke, all of whom have little or no Bundesliga experience.

The fact that 22-year-old Soichiro Kozuki was the most conspicuous Schalke player, and not just because of his remarkable goal, spoke volumes: the Japanese was still playing in the regional league team a few weeks ago. “The boy is fun,” said Reis, “he was one of the few bright spots.” Who the others could have been remained the secret of the coach, who after three months in the league’s ejection seat has little reason to be happy.

“It’s crappy, I feel crappy too,” said Reis, summing up: “We played a crappy preliminary round, if you get nine more points in the second half, you’ll be relegated.” There is a risk of bitter deja vu: like two years ago, the relegation battle could take place without Schalke because the deficit is already too big.

On Sunday (3.30 p.m.) against 1. FC Köln, his team finally had to “collect points with a different attitude,” demanded Reis, preferably with different staff. When asked if there would be another addition before the end of the transfer period, the coach replied meaningfully: “As of today, we need more than one newcomer.” Sports director Knäbel didn’t notice, he was at his sponsorship appointment.