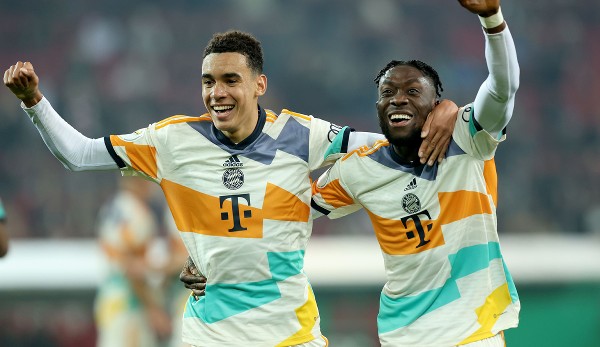 FC Bayern is aiming to extend the contracts of Jamal Musiala and Alphonso Davies. An ex-national keeper criticizes Yann Sommer. Also: The negotiations with AS Monaco about the return of Alexander Nübel are dragging on. All news and rumors about FC Bayern can be found here.

Alphonso Davies and Jamal Musiala should continue to play for FC Bayern for a long time to come. As the tz reported, talks about contract extensions for the two top performers at the German record champions are the top priority.

Also the picture confirms this message and reports that Davies is not for sale despite Real Madrid’s alleged interest in the German record champions. As with all young key players, Bayern’s goal is reportedly to extend Davies’ contract beyond 2025 to avoid the risk of losing him.

Recently, both Davies and Musiala have been rumored to suggest Real Madrid are interested in signing. However, a contract extension with the two service providers is currently considered more likely.

Former national goalkeeper Eike Immel does not see Yann Sommer as an equivalent replacement for Bayern Munich’s injured goalkeeper Manuel Neuer. “I’m not a fan of his,” the 62-year-old told the news portal t-online. For Sommer, its height of 1.83 meters is a disadvantage.

“I don’t want to say anything negative, but: Neuer doesn’t have to throw himself down with every ball or make a huge save, which Sommer makes a world-class save,” explained Immel. The result is the same, “but while one has easily intercepted the ball, the other is praised to the heavens.”

After the preliminary round at the World Cup, Neuer suffered a broken leg on a skiing holiday and will be out for the rest of the season. Sommer, whose contract with Borussia Mönchengladbach ends after the current season, is associated with a winter move to the record champions.

According to consistent media reports, Alexander Nübel is FC Bayern’s preferred candidate to represent Manuel Neuer until the end of the season. The talks with AS Monaco about a premature termination of the loan are said to be information from the sports newspaper L’Equipe but continue to make it difficult.

The newspaper went on to say that they were a long way from an agreement. The biggest problem is apparently that Monaco has no suitable successor for the German on the screen. Only with a new addition to the goalkeeper position can you let Nübel go.