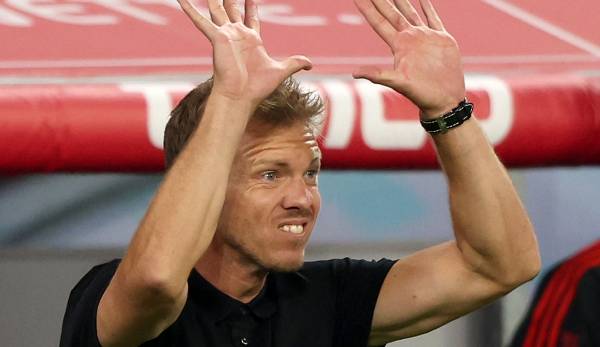 The bosses of FC Bayern Munich are apparently not too happy with the previous performances of national player Leroy Sané. Ex-Bayern star David Alaba trusts newcomer Matthijs de Ligt to play the role of defense chief in Munich. Here you can find news and rumors about FCB.

Would you like more news and rumors about FC Bayern? Right this way!

As sports1 reported, both those responsible and the coaching team at FC Bayern should not be satisfied with Leroy Sané’s previous performances. Apparently he could be a candidate for sale in 2023 if he does not show consistently good performances next season.

If Sané actually leaves next summer, Christopher Nkunku could become an issue. To sports1information, the Frenchman wants to take the next step in 2023. Although the striker recently extended his contract with RB Leipzig until 2026, he is said to be aiming for a move to an absolute top club.

Bayern could be an option. On Wednesday, Nkunku’s advisor Pini Zahavi announced that after the departure of his clients Robert Lewandowski and David Alaba, he would like to transfer one of his players to FCB in the future. “I hope that I can continue to have a good, friendly relationship with FC Bayern in the future,” said Zahavi in ​​Sport Bild. “I hope I can bring them players – and not just take players away from the club.” As of now, Nkunku is on the Bayern offensive following the signing of Sadio Mané and the extension of Serge Gnabry’s contract until 2026.

Sané only came off the bench in the first two competitive games of the German record champions, after his substitutions the 26-year-old attacker still scored a goal in the Supercup and marked an assist at the Bundesliga opener against Frankfurt. However, for the time being he is probably still threatened with the substitute bench.

In training before the duel with VfL Wolfsburg, Sané was loud picture only in the B-Elf, coach Julian Nagelsmann therefore relied on the previous starting eleven players in front of the defense in a training game. Sadio Mané, Jamal Musiala, Thomas Müller and Serge Gnabry currently seem to be on the offensive. After the Wolfsburg game, Kingsley Coman also comes back from his suspension.

“The coach has many options. It will of course be very exciting for all of us to see how we manage it,” said sports director Hasan Salihamidzic picture quoted on the competition at FC Bayern.

“Especially during his time at Ajax Amsterdam, he showed that he has many qualities and can go ahead. He has the nature to lead a team,” believes the 30-year-old, who until moving to Real Madrid in 2021 had one himself was a regular in Bayern’s defence.

De Ligt moved from Juventus Turin to Munich this summer for 67 million euros, but so far he has only been used as a substitute.

VfB Stuttgart has apparently expressed interest in FCB attacker Joshua Zirkzee, according to sky there is said to have been a first phone call between those responsible for both clubs. Apparently, the people of Munich are demanding 20 million euros for the 21-year-old.

According to the report, he could replace the much sought-after Sasa Kalajdzic in Stuttgart should the striker leave. Kalajdzic is associated with Manchester United, among others. Zirkzee was last on loan at Belgian club RSC Anderlecht, where he recorded an impressive 15 goals and 8 assists in 32 league games.

More valuable than Henry! The Bayern coup that (almost) nobody knows about anymore

Also the table football confirms that Zirkzee remains a candidate for sale at Bayern, who apparently still want to cut staff. However, according to the report, those responsible for the club are still on the lookout for newcomers, and there is already an agreement with Konrad Laimer.

However, the release from Leipzig, where Laimer is still under contract until 2023, is still missing. In addition, FCB would probably have to part ways with Marcel Sabitzer first, but no club has reportedly expressed an interest in the midfielder. Despite his starting XI appearances at the start of the season, such a personnel swap is still not off the table.