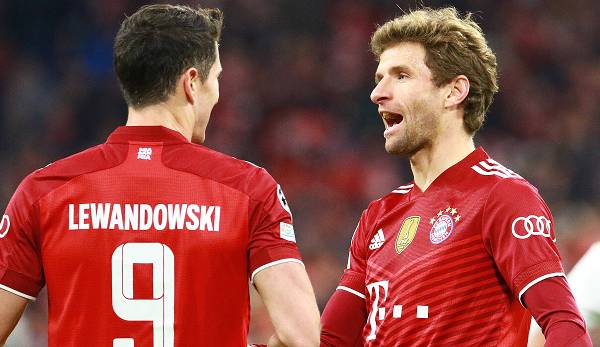 FC Bayern is apparently planning a new penalty rule. Thomas Müller joked about an award for Robert Lewandowski. And the injured Alphonso Davies has spoken about a possible participation in the World Cup. News and rumors about FC Bayern can be found here.

In FC Bayern’s clear win over Werder Bremen, it ultimately didn’t matter that Eric Maxim Choupo-Moting missed a penalty. The intended shooter Sadio Mané had just been replaced injured. Nevertheless, the Bayern bosses apparently want to create a clear regulation for the future as to who takes the penalty at FCB. This reports the table football.

Accordingly, in the new year there should again be a clear internal regulation as to who is designated as the shooter in order to prevent possible discussions on the pitch. The intended player should be able to concentrate immediately on his task from the point, interfering fire should be ruled out. Until the departure of Robert Lewandowski, he was Bayern’s penalty taker, there is no longer a fixed order.

Choupo-Moting’s miss – this failed with a weak attempt on Jiri Pavlenka – led to a change in attitude among those responsible. Tenor: With a 6-1 win over Bremen, you can get over it, but this shouldn’t happen again in the Champions League against PSG at the latest! Although Mané missed his two final attempts at Liverpool FC, he was accepted as the first shooter.

Former Bayern striker Robert Lewandowski was awarded the “Golden Shoe” trophy in Barcelona on Wednesday. The Pole earned this for his 35 Bundesliga goals in the previous season for FCB, after 40 goals in the national league a year earlier.

There were also congratulations from Munich, including from Thomas Müller. “Nothing special for you, but highly deserved,” Müller joked in a video message in English and also explained in German: “The Golden Shoe 2022, congratulations!”. These words were framed by a “Servus” and a wave with the right hand as well as a farewell: “My friend.” This message was also recorded at Lewandowski’s award in Barcelona.

There was also a greeting from CEO Oliver Kahn: “On behalf of FC Bayern, I congratulate Robert Lewandowski on the Golden Shoe, which he won for the second time. With the 35 goals he scored for FC Bayern last season, more than deserves this award.” He wrote history with FC Bayern for eight years, we will never forget him and we wish him all the best for his future with his new club FC Barcelona!

Alphonso Davies has admitted his hamstring injury was “scary” so close to the World Cup. The Canadian tore a muscle fiber in the 3-2 draw at Hertha BSC last week, but the club made it clear when the diagnosis was announced that the World Cup was not in danger.

Davies himself was also optimistic during a media round: “The doctors told me that after two weeks of rehab everything will be fine. I’m glad it won’t take longer and I’m really grateful for that.” He wants to do his first running exercises on Thursday, after which we will see how the thigh develops. “I still have some pain, but I’m fine overall and I’ll definitely give my all for my national team.”

Canada will face Bahrain (November 11) and Japan (November 17) in preparation for the World Cup, and the tournament will begin on November 23 with a game against Belgium. Other group opponents are Croatia and Morocco. It is the Canadians’ first appearance at a finals in 36 years.

Bayern notes: Once the 1 – only one distributes gifts