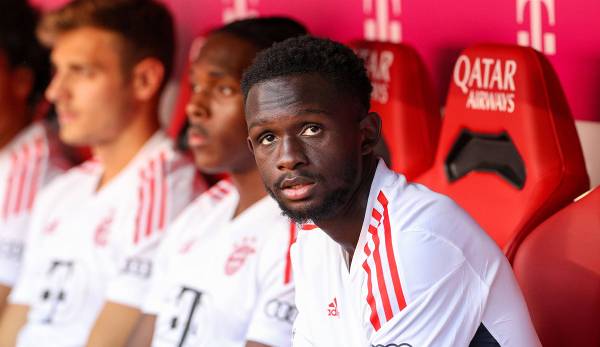 FC Bayern is apparently in “advanced talks” about a move from Tanguy Nianzou to Sevilla FC. FCB sports director Hasan Salihamidzic praises new signing Sadio Mané. Here you can find all the news and rumors about FC Bayern Munich.

More news and rumors about FCB from the previous day can be found here.

FC Bayern Munich has apparently found a buyer for Tanguy Nianzou. According to transfer expert Fabrizio Romano, FCB is in “advanced talks” with Sevilla FC about changing the 20-year-old central defender.

According to this, Sevilla hope to be able to finalize the transfer this week, Nianzou is described as the “priority target” of the Spaniards. The Frenchman has been traded as a change candidate at Bayern for a long time, and Joshua Zirkzee and Bouna Sarr are also likely to be allowed to leave the club.

Nianzou’s chances of playing time under FCB coach Julian Nagelsmann have become even smaller in the summer after he only played 22 competitive games last season. With the commitment of Matthijs de Ligt there seems to be little room for the defensive talent. Nianzou has not played a single minute for Bayern this season.

In Seville, he could now succeed Jules Koundé, who has left for Barcelona. The report does not say whether the deal is a loan deal or a purchase. Nianzou only moved from PSG to the Isar in 2020, his contract with Bayern runs until 2024.

Sports director Hasan Salihamidzic has in the tz raved about newcomer Sadio Mané in the highest tones. Salihamidzic was not surprised by his good start with the German record champions, because: “We have worked intensively with him. He is a crazy guy who loves Munich and also makes sure that he settles in well here.”

The sports director praised the 30-year-old as “accommodating” and “friendly”, Mané was a “full professional”. “He arrives an hour before everyone else in the morning and goes home late. Sadio knows exactly what he’s doing,” said Salihamidzic.

The Senegalese, who came to Munich from Liverpool FC for a fee of 32 million euros, has settled in well with two goals in three competitive games at Bayern Munich.

FC Bayern presented its new mascot a few days ago, “Berni” underwent a few changes during the summer break. For example, the bear’s nose, mouth and smile are now a bit wider, and the mascot, which has existed since 2004, has been given a new eye color and lighter fur.

Apparently, that was not well received by all FCB fans. Under a Twitter video, in which the new mascot is presentedalso accumulated a lot of criticism from the fans, who gathered under the hashtag “BringBackBerni”.

A Twitter user described the new Berni as “creepy”, another called the changes a “heavy downgrade”. Some fans even wished for the “old” Berni back.