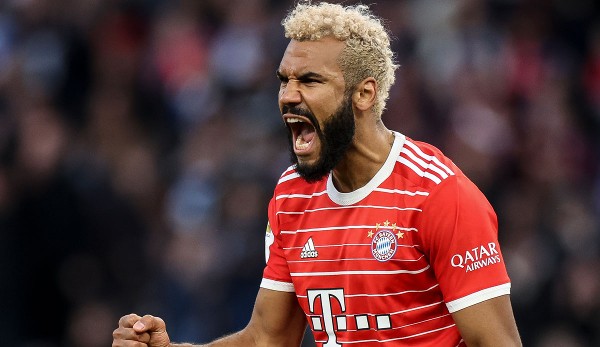 Eric Maxim Choupo-Moting received special praise. All of Bayern’s German internationals will appear to be in the starting XI for the World Cup opener against Japan. News and rumors about FCB at a glance.

The news and rumors from FC Bayern from the previous days:

“He proved to be the missing piece of the puzzle,” he said of the striker, who was not scheduled to be a regular at the start of the season. “Bayern are ten times stronger with him on the team,” he added.

The Cameroonian still has a contract until 2023. According to reports, negotiations about an extension could take place shortly after the World Cup.

FC Bayern, News: All DFB players in the starting XI against Japan?

The seven German internationals from FC Bayern will all appear to be in the starting XI in Germany’s World Cup opener against Japan. That reports the picture-Newspaper.

Thus, the complete attack and midfield is made up of Bayern players. Manuel Neuer is in goal for this.

Joshua Kimmich and Leon Goretzka form the center, Serge Gnabry, Leroy Sané and Jamal Musiala whirl in front of them and Thomas Müller is allowed to come up as a striker. The latter would be quite a surprise, as Müller has not been on the pitch for almost four weeks due to injury. The first competitor is Kai Havertz.

Since national coach Hansi Flick only has a short preparation time with his players, he wants to take advantage of the fact that the Bayern players are already well attuned.

FC Bayern, News: scandal in the game of FCB amateurs

The Munich duel between Türkgücü and Bayern’s reserves ended prematurely on Saturday.

The game played in Heimstetten had to be stopped in the first half for security reasons – as FC Bayern announced on Twitter “because of an unauthorized poster in the guest block and a subsequent police operation”.

As the tz reported, the game had to be interrupted just a few minutes after kick-off because Türkgücü representatives wanted to hang a banner. The banner showed a Kurdish flag and the words “FC Bayern Fanclub Kurdistan” and was therefore a provocation for the Turkish hosts. Police officers stepped in and the teams were sent to the booths. Although the teams returned briefly, the game was no longer continued.