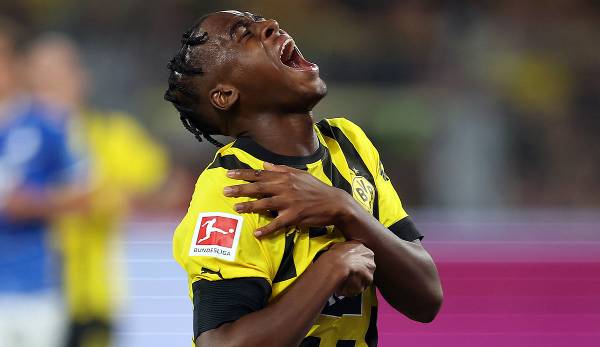 BVB defender Felix Passlack spoke about his failed departure from BVB. A youngster faces a return to training. There is no good news from Sébastien Haller. News and rumors about Borussia can be found here.

You can find more news about Borussia Dortmund here.

Felix Passlack hardly plays a sporting role at BVB, in an interview with the WAZ he admitted that this is nagging at him: “Of course it’s difficult. Of course, every footballer wants to play games. But that’s the way it is at the moment. I keep working hard on myself so that I can get minutes like I did in the past weeks.”

He only made his season debut in October, only playing more than 90 minutes once – in the sportingly meaningless last group game of the Champions League at FC Copenhagen. Overall, Passlack only managed 136 minutes. Of course he would “of course prefer” to stay at BVB for the long term, where the 24-year-old has also been through the youth teams since 2015, but: “If that’s not possible, as a footballer you have to think about it. That’s completely normal.”

Passlack, who has already been awarded three times, is usually on the outside behind Niklas Süle and Thomas Meunier. Since this was already indicated before the season, a move to Olympiacos Piraeus was an issue. However, the player didn’t want that: “It was on the last transfer day in Greece, which was even longer than in Germany, but that was too short notice.”

Does this change in winter? “It’s difficult to say. Because when the right thing comes up, you naturally worry. So we’ll wait for the next few weeks and months before making a final decision. In football things happen quickly.”

Jamie Bynoe-Gittens, one of Dortmund’s great hopes, is about to return to team training. As the Ruhr news report that the 18-year-old Englishman is ahead of schedule with his rehabilitation measures, which were necessary after a shoulder operation, and have “worked through them intensively and in a disciplined manner”.

The operation was carried out around ten weeks ago after Bynoe-Gittens had dislocated his shoulder and the ligaments had also been affected. With a competitive game comeback this year, it was no longer possible due to the World Cup break, instead the full focus is on preparing for 2023.

Before his injury, the youngster made his professional debut at BVB and knew how to impress right away. In the win in Freiburg, he scored an important goal shortly after being substituted on. Three more appearances in the Bundesliga followed before he injured his shoulder against Hoffenheim on September 2nd. After the World Cup break, he should liven up the competition on the offensive wings.

BVB striker Sébastien Haller, who is suffering from a testicular tumor, has to undergo another operation. The 28-year-old announced this on social media.

“I would like to say that the fight is not over for me. I will have to undergo surgery to finally put an end to this tumor that is keeping me off the field,” Haller wrote after the end of chemotherapy.

The Borussia Dortmund striker had to undergo surgery after being diagnosed with cancer in the summer.