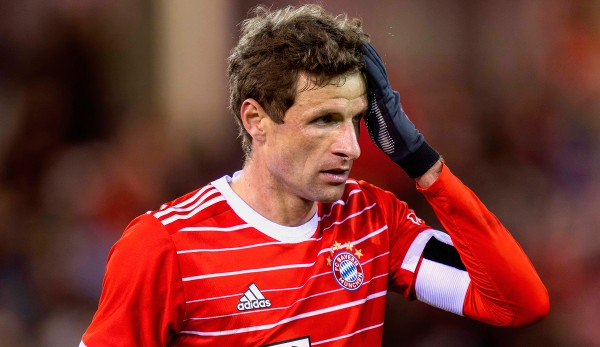 There are first signs of Bayern’s line-up for the Bundesliga restart against Leipzig. The break was “almost too long” for Joshua Kimmich. According to Lothar Matthäus, two teams can endanger FCB, but BVB is not one of them.

On Friday against RB Leipzig (8.30 p.m. live on DAZN) Bayern coach Julian Nagelsmann is spoiled for choice, especially on the offensive. Apart from Sadio Mané, there are no absentees, most positions are double top-class, some big names will have to take a seat on the bench.

the picture now showed a photo of the secret training session on Wednesday, on which parts of the large video screen next to the training ground can be seen. Pictured here is a lineup that has two players in each position, apparently the first and second options. In the offensive row of three, the ranking would look like this: Central Eric Maxim Choupo-Moting in front of Thomas Müller, left Kingsley Coman in front of Mathys Tel and right Serge Gnabry in front of Leroy Sané.

Müller’s bank role coincides with Nagelsmann’s statement on the PK, according to which the Cameroonian can hardly be banned from the starting eleven after his performances. “Choupo is on a very good run. I don’t see a huge reason not to let him start.”

He has already decided on six positions, he said to Müller: “Thomas is intelligent enough to see that Choupo did very well and had a good quota. But he is also intelligent enough to know that he is world class in a wide variety of positions We have a lot of games, I don’t worry about any player that they don’t have enough playing time.”

FC Bayern Munich, News: Joshua Kimmich is on fire for the Leipzig game

For Joshua Kimmich, the game against ex-club RB Leipzig after the Bundesliga interruption due to the World Cup cannot come quickly enough: “The vacation was (…) almost too long for me, I was happy when the ball rolled again”, he said the Leipziger Volkszeitung. “When we reach the limit and put our 100 percent on the pitch, it’s difficult for any team to play against us and get points. We always play for three points, including in Leipzig.”

When asked about his statement after the bitter preliminary round in Qatar that he was afraid of falling into a hole, he explained: “I say what I feel. And after we left, I felt the same way. That was a very emotional one for me Moment.” With the support of friends and family, however, his condition has at least improved somewhat.

His basic approach has changed little since his time in Leipzig, where he played from 2013 to 2015. “My foundations are still the same. I hate defeats, I love challenges, I have big goals with FC Bayern and the national team,” said Kimmich. At the DFB it is necessary that “self-image, conviction and automatism” return by the home World Cup in 2024 at the latest.

FC Bayern MunichNews: Leipzig and Freiburg as a threat to FCB?

Before the start of the remaining round in the Bundesliga, Lothar Matthäus sees a chance for an exciting fight for the championship. Above all, he assumes that Julian Nagelsmann’s team will have two serious competitors. “If Bayern Munich wins, they become champions. If Bayern don’t win or even lose, then Leipzig will be there,” said Matthäus dem table football about the game against Leipzig:

“RB started a great series with Marco Rose and moved up. Rose is the coach who fits in there perfectly, because of his background, also because of his experience in Salzburg,” the ex-Bayern star continued. In addition, Leipzig, with Sport Managing Director Max Eberl, “has gained additional competence and experience, the package fits. If RB wins, it could be a hot three-way battle.”

Matthäus does not see Borussia Dortmund as the third contender for the title – but the surprising second in the table SC Freiburg. “It’s fun to watch this team. What the club, the team and the coach Christian Streich have achieved is great,” he said: “There were always surprises, why shouldn’t Freiburg succeed? You have to keep an eye on them. “

In addition, Matthäus made it clear that the championship title was “a must” for Munich anyway: “Only national titles are not the club’s claim. Even if this title is not given to anyone, not even Bayern. The cup competitions are the freestyle.”