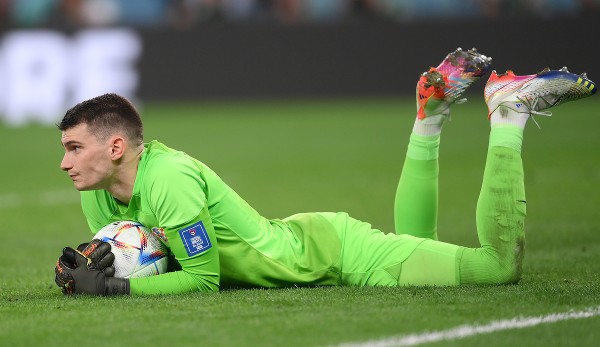 FC Bayern apparently wants to sign a World Cup hero. There was probably no “ski clause” in Manuel Neuer’s contract. Also: A young goalkeeper rises in the FCB hierarchy. All news and rumors about FC Bayern can be found here.

FC Bayern wants to sign a replacement for the 36-year-old after the serious injury to goalkeeper Manuel Neuer. As Sky sports reported, the German record champion put out feelers to Croatia’s World Cup keeper Dominik Livakovic.

Accordingly, there have even been initial talks between the parties about cooperation. CEO Oliver Kahn last saw him personally in the stadium. Livakovic is currently still under contract at Dinamo Zagbreb. His working paper there runs until 2024.

The 27-year-old drew attention to himself with good performances during the current World Cup in Qatar. For example, he saved a total of four penalties in the round of 16 against Japan and in the quarter-finals against Brazil and thus almost single-handedly ensured that his Croatians reached the semi-finals.

There is apparently no so-called “ski clause” in Manuel Neuer’s contract that would prohibit him from participating in risky outdoor activities. That reports the picture-Newspaper.

Various media had previously speculated that the Bayern goalkeeper might have violated a requirement in his contract in his accident.

The 36-year-old suffered a fracture in his right lower leg in a skiing accident on Saturday while he was on vacation. The 2022/23 season is over for Neuer, and Bayern will no longer be in the box by the end of the season.

Neuer wrote in a post on Instagram: “Hey guys, what can I say, the end of the year could definitely have gone better… While I was trying to clear my head ski touring, I broke my lower leg. Yesterday’s surgery was very went well. Many thanks to the medical team! However, it hurts to know that the current season is over for me.”

According to information from sports1 and the picture-Zeitung, FC Bayern has made changes in the goalkeeper hierarchy regardless of a possible return of Alexander Nübel or the signing of a new goalkeeper.

Accordingly, young goalkeeper Tom Ritzy Hülsmann will be an integral part of the professional squad and will also be part of the upcoming training camp in Qatar. So far, the U19 player, who is over two meters tall, has only occasionally trained with the first team.

Hülsmann has made five appearances for the U19s and three for the U23s this season.