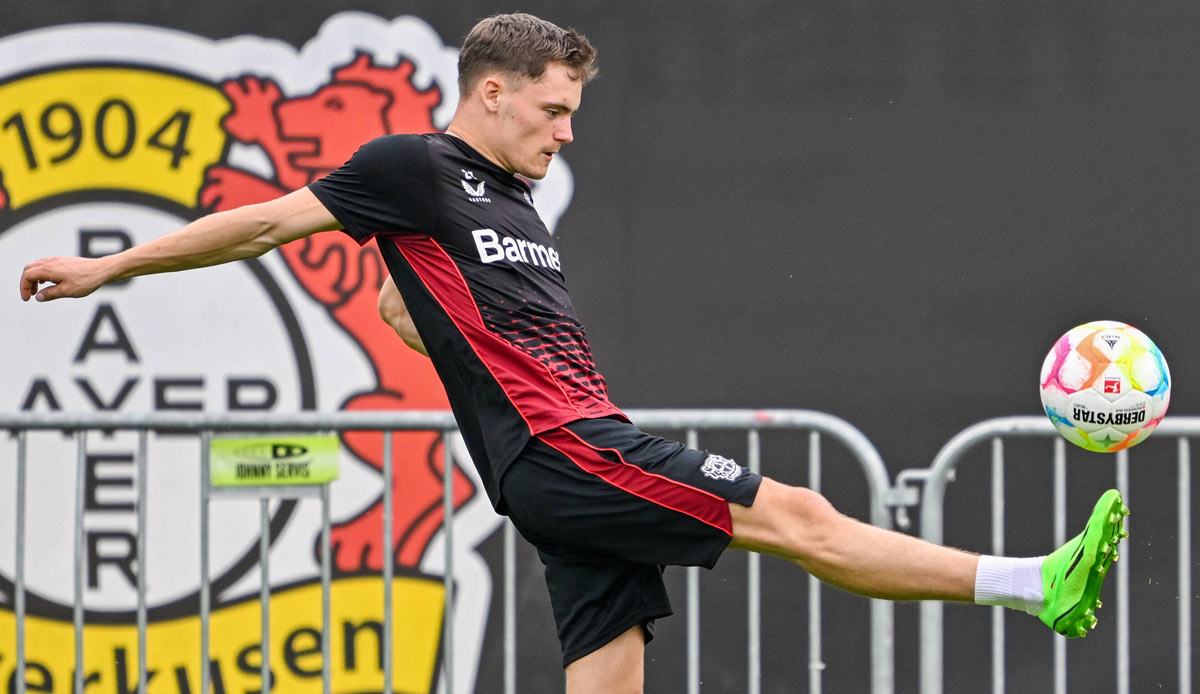 Coach Xabi Alonso at Bayer Leverkusen has high hopes in the recovered international Florian Wirtz for the race to catch up towards the European Cup. “He is very important. Florian is a gift for me as a coach. He is a player who is different,” said the Spaniard in an interview with the Süddeutsche Zeitung about the young star who was out for almost a year after a cruciate ligament tear.

In the opinion of the former world and European champion, Wirtz can even be compared to the Argentinian superstar Lionel Messi in terms of quality and game intelligence: “There are good players and there are players who look good on the pitch. The player who looks good does things that are nice, but not necessarily efficient. Why is Messi so good? Because he knows how and when to play simple passes. Messi says: ‘You’re in a better position? Here, there you have the ball!’ It’s not always about making the most brilliant move, but the best and smartest. Florian can do that. That’s why he’s so good.”

For all his talent, however, the 19-year-old offensive ace should not be solely responsible for Leverkusen’s further course of the season. “We can’t count on him doing everything on his own. That wouldn’t do him or us justice. We have to give him a basis for his extraordinary abilities to flourish. For that we need a structure, a lot of stability and a clear self-image.” , said Alonso before his team returned to the season after the World Cup and winter break on January 22 (Sunday/5:30 p.m./DAZN) at Borussia Mönchengladbach.

In the opinion of the 41-year-old ex-star from record champions Bayern Munich, the teenager currently needs “competition rhythm” above all because of his forced break of more than ten months.

Despite the unsuccessful start to the season under his predecessor Gerardo Seoane, Alonso is still aiming to return to international business after winning the last three games last year. “We’ve made a leap in the table and we want the next leap. We want to move up, no: we have to move up.”