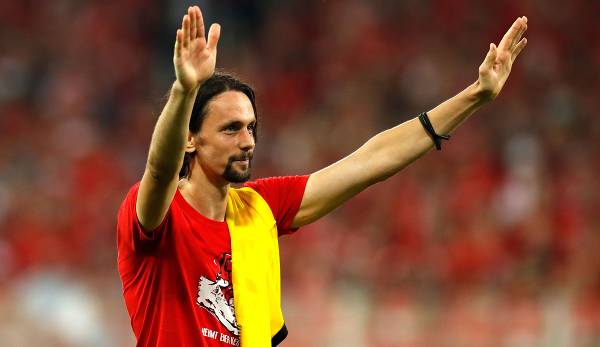 Former BVB player Neven Subotic receives the Federal Cross of Merit. Julian Brandt has to leave the national team due to illness. Here you can find all the news and rumors about Borussia Dortmund.

The former Bundesliga professional, who played for Borussia Dortmund from 2008 to 2018 and later also for Union Berlin, founded his own foundation ten years ago, which works to build wells in Ethiopia and other African countries to Giving people access to clean drinking water.

Subotics Foundation is also involved in an education project in Dortmund to draw attention to the problem of global water shortages, and the 33-year-old is an ambassador for the “Kinderlachen” association, which takes care of sick and poor children.

In the past, Subotic had repeatedly publicly criticized professional football and denounced the football business. In retrospect, he was even ashamed of his former lifestyle, he said in June. He wishes that more professionals would contribute positively to society.

BVB trainer Edin Terzic spoke to the Ruhr news about the striker situation at Borussia Dortmund. He defended newcomer Anthony Modeste, who had not hit the ground running yet.

“At BVB it is measured in goals. I don’t measure it that way,” said Terzic. Rather, he pays attention to how he can help the team and how the other players “can use his weapons”. Modeste will continue to be Borussia’s “top striker”.

Backup Youssoufa Moukoko was responsible for the winning goal in the Revierderby last weekend. “A great burden has been lifted from him. We hope that Mouki can draw strength from it,” said Terzic happily.

“But it’s also my job to tell him at the young age of 17, which isn’t so good yet. But if things don’t go that way, I’ll remind him of that day,” Terzic continued. However, the future of the storm talent is still uncertain, Moukoko is said to be dissatisfied with his playing times and does not want to sign a contract extension yet. But this has no influence on the cooperation: “I will not treat him any differently. BVB is his sponsor. I will keep telling him what he is not doing well.”

You can find more statements from Terzic about his first BVB term, Sébastien Haller or Dortmund’s CL chances here.

Misunderstandings and real hardships: Most expensive BVB sales within the BL

BVB, News: Julian Brandt has to leave the DFB team

Julian Brandt left the national team’s training course in Frankfurt on Wednesday afternoon due to a flu infection. The 26-year-old will miss the DFB team’s games in the Nations League against Hungary (Friday, 8:45 p.m.) and England (Monday, 8:45 p.m.).

National coach Hansi Flick also has to do without Manuel Neuer and Leon Goretzka, who had to leave due to a positive corona test. So far, Hoffenheim keeper Oliver Baumann and Maximilian Arnold (Wolfsburg) have been nominated.