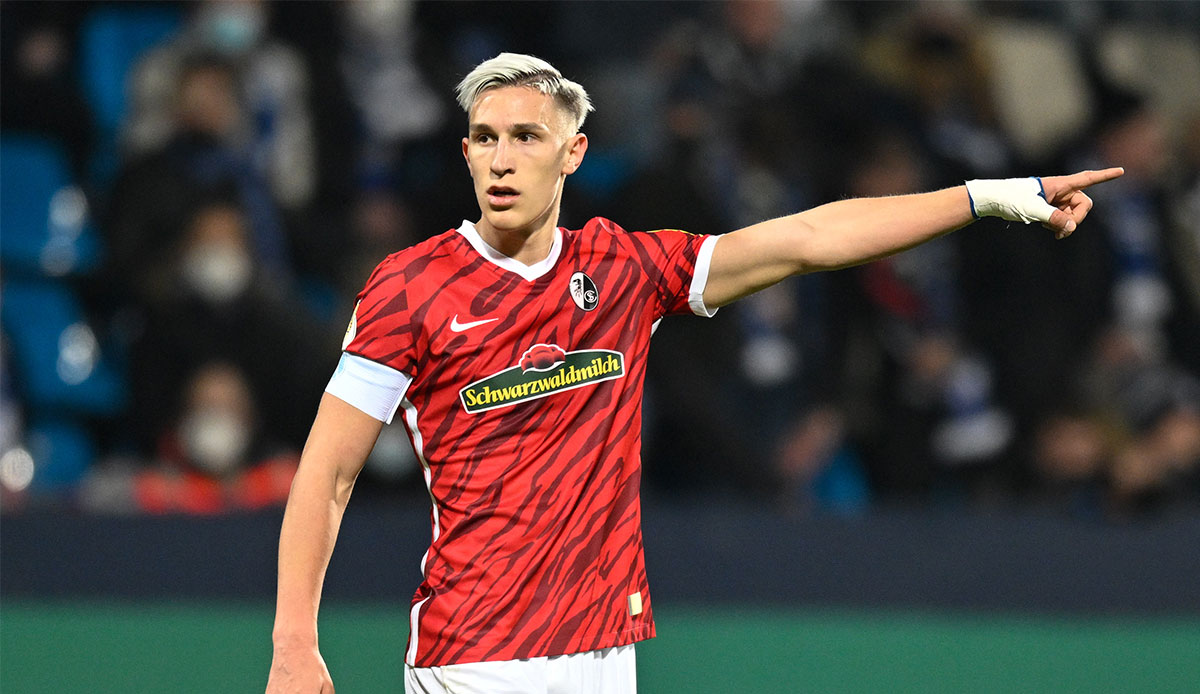 After Niklas Süle, BVB allegedly has a second top defender from the Bundesliga on their hook: Nico Schlotterbeck is about to make a change.

Nico Schlotterbeck is expected to move from SC Freiburg to Borussia Dortmund in the summer. That reports the picture. Accordingly, the new national player gave the Borussia his commitment.

Dortmund had already announced a spectacular commitment for central defense with Niklas Süle from FC Bayern Munich weeks ago. Schlotterbeck should now be the second new signing for the center of defence.

In contrast to the free transfer Süle, whose contract expires in Munich, BVB has to pay for Schlotterbeck. According to the report, the transfer fee is around 25 million euros for the 22-year-old, who is under contract in Freiburg until 2023.

An agreement between Dortmund and the sports club is now probably the only thing that stands in the way of an official report.

Schlotterbeck made his debut for the DFB team at the end of March: he played the full 90 minutes in both friendlies against Israel and the Netherlands.