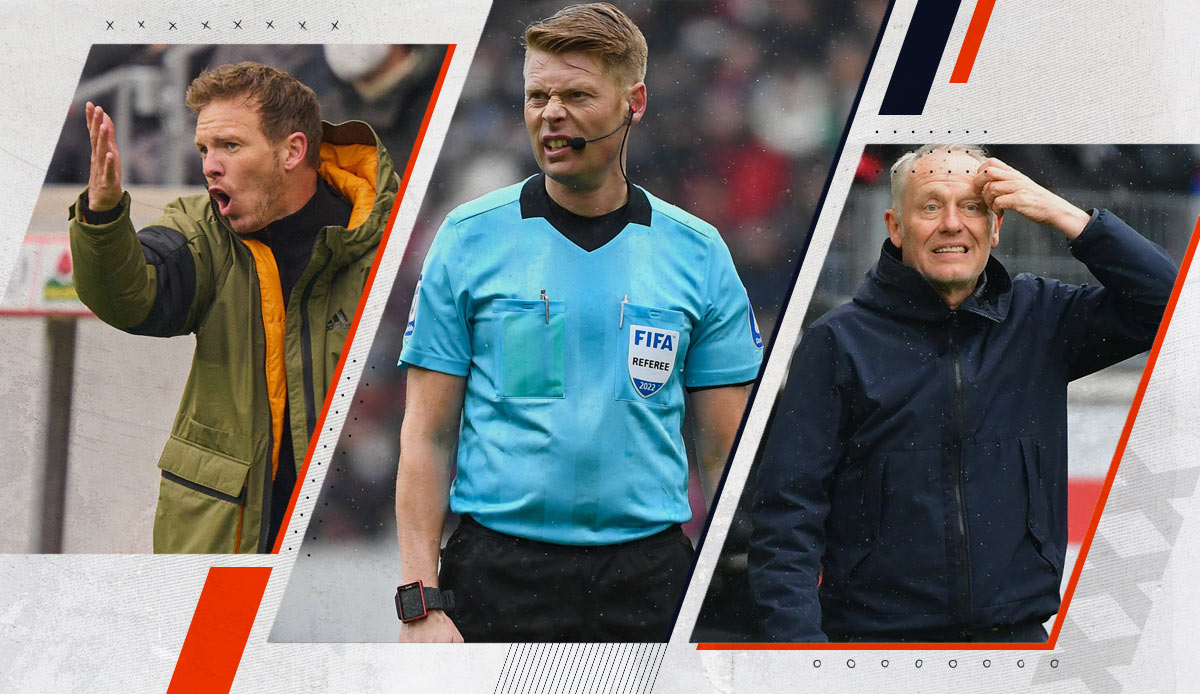 After FC Bayern Munich’s 4-1 win at SC Freiburg, there was only one topic: the guest’s substitution mistake and the possible consequences. The situation is not entirely clear, but the reactions of the protagonists give a deep insight. A commentary analysis.

Although the duel between SC Freiburg and FC Bayern Munich was a Bundesliga game, the second major German football competition was present in two respects: the DFB Cup.

Unlike the famous FC Bayern, the less famous SC Freiburg is surprisingly still represented there, which its fans were only too happy to remind the Munich residents who had traveled with them. “Without Bayern, we’re going to Berlin,” rang out loudly through the new Europa Park stadium, which was sold out for the first time. But Freiburg would still have to win their semifinals at Hamburger SV in two and a half weeks.

Later, quite unexpectedly, another DFB Cup game suddenly came into focus, namely one between Preußen Münster and VfL Wolfsburg last August. Wolfsburg won 3-1 on the pitch, but Munster 2-0 on the green table. The reason for this was a Wolfsburg substitution error. 17 minutes before the end, the then Wolfsburg coach Mark van Bommel made an illegal sixth substitution. Munster lodged an objection and was right.

Freiburg – FC Bayern: The course of the change error

The topic in Freiburg was the game, because there was a mistake here too, albeit of a different nature. In the course of a double substitution in the 86th minute, FC Bayern played 12 for a few seconds. The guests, in the person of team manager Kathleen Krüger, told the fourth official Arno Blos Kingsley Coman’s old shirt number 29 instead of the current 11, which is why he didn’t feel addressed when looking at the scoreboard. The fourth official, for his part, did not notice that no FC Bayern player left the pitch, while a new one, Marcel Sabitzer, ran onto them.

After clearing up the misunderstanding and long discussions, the referee ball continued – and after the game, of course, whether the mistake should have consequences.

After the game, some were all involved in the fact that they did not know the exact rules and regulations for further action.

Network reactions to the change vortex: “You have to be twelve friends”

“Mistakes happen. From the point of view of both teams and fair sport, there was nothing that speaks against a fair game,” said Bayern Munich coach Julian Nagelsmann, knowing full well that the original mistake was his club’s. “There were two cross balls in midfield and not a game-winning scene,” emphasized Nagelsmann, so you don’t have to “question the fairness”.

The Bayern coach was theoretically right: The few seconds were irrelevant for the game, especially since his club was leading 3-1 at that point with five minutes to go and then played for a sufficiently long time with eight minutes. In comparison, Wolfsburg’s offense was significantly more game-changing, because the score was 1-1 and an additional fresh player was involved, for a total of 17 minutes. During this period, the wolves scored twice.

It is understandable that the Bavarians insisted on the “spirit” and not the “letter” of the law. The record champions are not only concerned with the points – the championship is almost certain – but also with undisturbed preparation for the decisive weeks in the Champions League.

Substitution mistakes: which rules are decisive

The problem: Which rule is ultimately decisive was not clear at Wolfsburg at the time and it is not clear today either. Paragraph 17 of the legal and procedural regulations of the DFB and rule 3, paragraph 7 are particularly relevant. In the case of the former, FC Bayern is threatened with criminal verification, in the latter not (details can be found here).

Both rules were also discussed in the course of the Wolfsburg substitution error last August. The decision was ultimately based on paragraph 17 of the DFB’s legal and procedural rules. At the time, ex-referee Manuel Gräfe insisted on the application of rule 3 during his TV appearance, just like the referee experts from “Collinas Erben” now in the Freiburg case (The reason is here).

SC Freiburg: Christian Streich makes it too easy for himself

With all the ambiguity, it was not surprising that the referee and the hosts, unlike the representatives of FC Bayern, initially referred the match to the DFB without a rating. “We will note this in the game report, the DFB will decide everything else,” said referee Dingert, who, curiously enough, also refereed the game between Münster and Wolfsburg at the time.

Freiburg coach Christian Streich explained: “I firmly believe that we shouldn’t and don’t have to lodge an objection. I firmly assume that there are rules. Otherwise, speculation is wide open. In my understanding of jurisdiction, there is one set of rules.”

Streich’s understanding of jurisdiction does not correspond to reality in this regard. Understandably, he wanted to shift the responsibility to the DFB. He is making it too easy for himself, because in this case the following applies: where there is no plaintiff, there is no judge. The Wolfsburg substitution error was only dealt with because of an official objection from Münster and Freiburg would also have to actively object to an investigation by Monday.

Penalty only if there is an objection: DFB procedure makes sense

This process makes sense, because it prevents punishments that nobody wants: it puts the sporting spirit before curmudgeonry and at least gives the allegedly damaged club the opportunity to only appeal if a breach of the rule – no matter how undisputed it is – actually has an impact had on the gameplay. That was the case with Wolfsburg’s substitution error, but not with FC Bayern’s.

Those responsible in Freiburg will also be aware of this. If they do not raise an objection, their already popular club in Germany should win more sympathy points. On the other hand, it would not be easy to give up three possible points in the table. As is well known, Freiburg is fighting for the European Cup qualification, it’s about millions of euros.

Not only FC Bayern, but also the DFB should be happy about a possible missing appointment from Freiburg: As with the substitution error in Wolfsburg, the referee team was at least involved this time too. Any further vertebrae would therefore also damage the association.