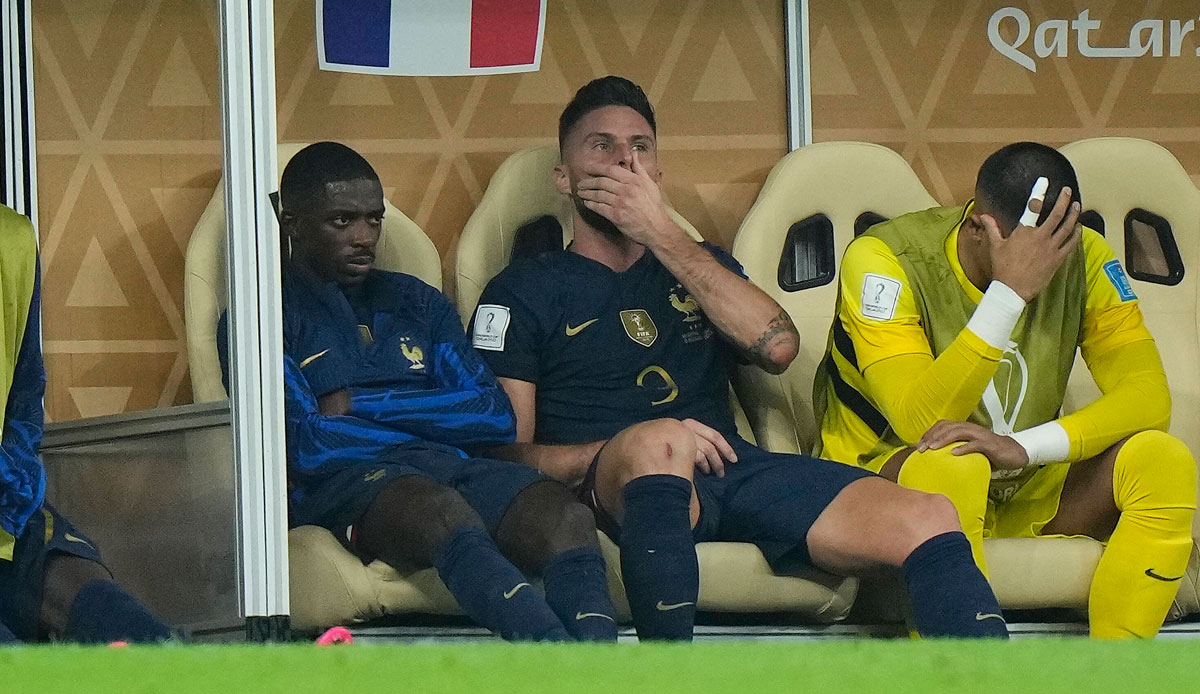 After losing the World Cup final to Argentina, two French players were made scapegoats in the domestic press: Ousmane Dembélé and Olivier Giroud.

The two French were substituted after 40 minutes with the score at 0:2. The visibly dissatisfied coach Didier Deschamps sent Marcus Thuram and Randal Kolo Muani onto the field to change the direction of the offensive.

The French Newspaper L’Equipe was especially harsh on Dembélé. They even refused to rate the FC Barcelona star, calling his performance “unworthy” of a World Cup final. Giroud was not censored either.

Dembélé had had a pitch-black day before being substituted. He made the wrong decisions in several situations, opponent Ángel Di María repeatedly showed him the limits – and with a clumsy foul he even conceded the penalty that gave Argentina the lead.

According to TV pundit Gary Neville, Di María played “like a little boy”. “It’s embarrassing,” he said. “And I’m torn. Firstly, I think the penalty that gives you a goal at the World Cup doesn’t necessarily have to be awarded. But also the stupidity of being wrong act, you almost deserve to be convicted and Dembélé was convicted.”

Roy Keane took a similar stance: “I don’t really think it’s a penalty but sometimes the defender needs to be punished for being so stupid.”

Substitutes Kolo Muani and Thuram provided the interim turnaround. The former took the penalty before the 1: 2, the latter prepared the 2: 2 by Kylian Mbappé.

After the final, however, Kolo Munai was among the players who were racially insulted afterwards. Aurélien Tchouameni and Kinsgley Coman were also victims of insults at the lowest level.