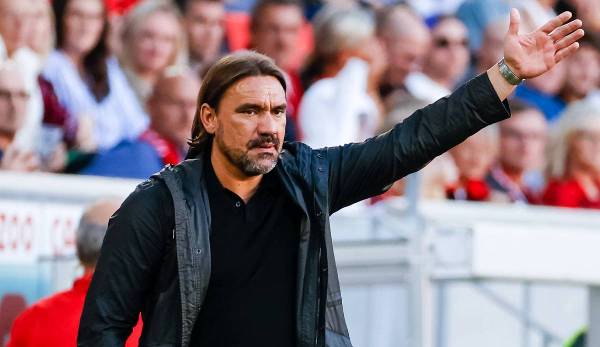 A total of seven clubs started the season with new coaches, whose first interim results are very different. While some are already fully convincing, others are still lagging behind expectations.

Edin Terzic stepped out of line. The Borussia Dortmund coach was the only one of the seven new coaches who didn’t score points with his club last weekend and instead suffered a setback in his efforts to further advance the upheaval at BVB.

After more than three years, Breitenreiter returned to the Bundesliga in the summer as the successor to Sebastian Hoeneß and had to contend with a few prejudices right from the start. Whether the squad, which is designed for game control and positional play, would correspond to his idea of ​​​​football, whether Breitenreiter would be able to transfer the maturity he had gained there after his extremely successful trip to Switzerland: those were two of the most pressing questions before the start of the season.

After six game days, not everything is going smoothly for the Kraichgauers, but the trend is unmistakable, at least for the first games, after the recent rather leaden weeks under Hoeneß.

Hoffenheim may still have enough potential for improvement in all phases of the game, but under the new coach they act more confidently and naturally again, can withstand resistance and – one should not forget this – also has the necessary luck in one or the other tricky phase.

The back three and two clear attackers in front, as well as a good mix of playing and fighting strength in the center of the game make Hoffenheim a functioning collective that is reminiscent of those attributes that once distinguished TSG.

How fragile the new Dortmund stability still is was shown at the weekend with a defeat for which ex-coach Marco Rose would have gotten the full broadside from the media and fans. The songless 0:3 in Leipzig was a violent relapse into old patterns and behavior of the team, which could not deal with an early setback in the form of a goal and then could not develop an attitude towards the game for almost 90 minutes.

The defensive game, the readiness for action have improved, individual players like captain Marco Reus are in top shape and making progress. At the recent Champions League game against Copenhagen, the fans had that long-missed BVB feeling again and were really “louder than ever”, just as the coach had wanted before the season.

But there are still a lot of problems and areas to be worked on: The plight of injuries seems to follow seamlessly from that of the past season and again at this early stage in the season it is a surprising number of muscle injuries that are slowing players down. In terms of content, Terzic must now finally tackle the game with the ball, especially against aggressively defending opponents such as Leipzig recently or those who holed up deep in their own half, the team still seems somewhat helpless from the free game.

This is the supreme discipline of coaching work, takes longer than “just” rehearsing defensive processes and was recently torpedoed by all sorts of injuries to individual offensive players, especially the dribblers with speed. But there is no time, the next tasks are big (Manchester City and Sevilla away, then Bayern at home) and emotional, like the derby next weekend…

At the other Borussia nothing less than a blatant paradigm shift was necessary before the season. The experiment with Adi Hütter’s switching football, which in turn was supposed to be based on that of Marco Rose, who was similarly gifted, went horribly wrong.

The result was a chaotic season with the only logical realization that Borussia had to go back to their roots, which are: possession and combination football with a clear structure.

The game in Freiburg showed how well this is already working. Against one of the strongest and most powerful teams in the league, Borussia had to cope with a total of four defaults by regular players without suffering a major loss of substance.

In a relatively short time, Farke has already achieved a lot of what one could hope for from Gladbach’s point of view. The team can play through several basic tactical plans, Farke trusts the back four with at least three offensive players at the front, including individual adjustments to the basic formation.

Controlling the center of the game is Farke’s top priority, and it’s usually implemented well by his team. Exceptions like the last time against Mainz and in Munich, when the opponent was allowed around 30 shots on goal, show that there is still a lot of catching up to do. However, the new coach managed in a very short time to form a unit from a bunch of good individual players that communicates and works with each other. This “soft skill” is invaluable in the long run, and Farke is obviously the perfect cast for this.