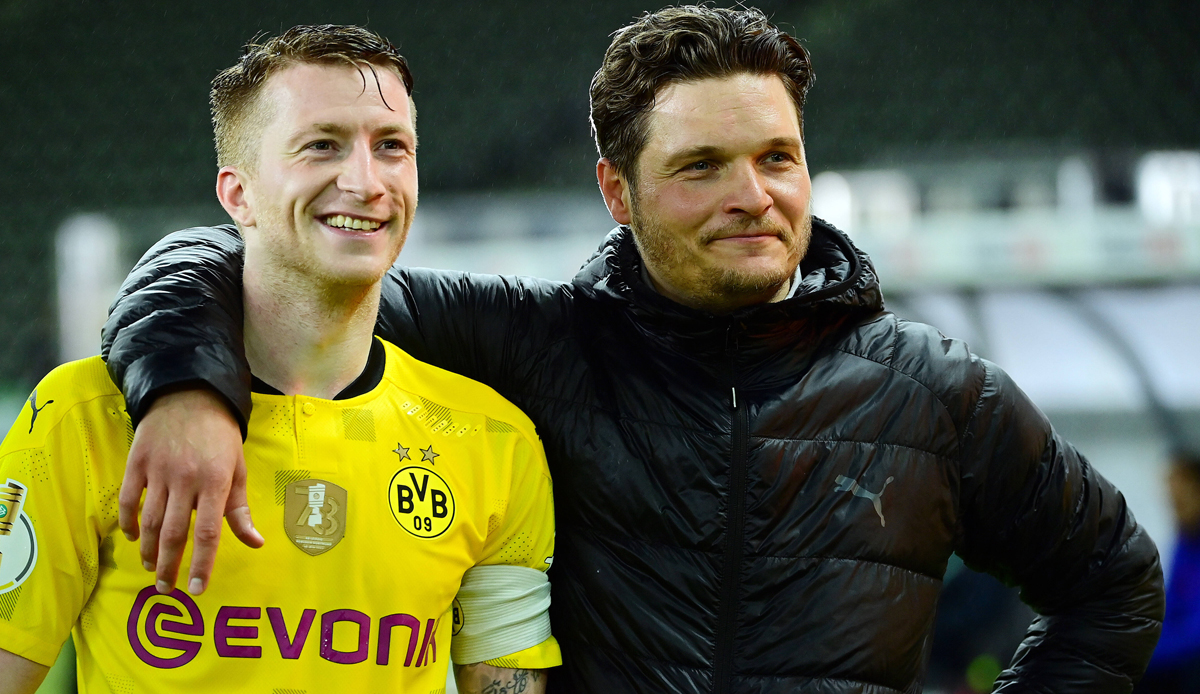 The fans’ favorite takes over: Borussia Dortmund once again places their trust in Edin Terzic as head coach.

Edin Terzic embraced the DFB Cup in 2021 that there were almost dents. After that he made himself virtually invisible at Borussia Dortmund for a year – now the favorite of all fans jumps back onto the stage. BVB entrusts the 39-year-old with the major upheaval of his team and the hunt for Bayern Munich: Terzic will succeed the dismissed coach Marco Rose and will receive a contract until 2025.

“We have had several intensive discussions with him and are convinced that this personnel decision is the right one,” said future sporting director Sebastian Kehl. Permanently this time: “Edin knows our club, the environment, a large part of the team and knows what adjustments we want to make in order to be able to offer our fans successful football.”

The “sporting new beginning” will be pursued together “with great joy and passion”, assured Kehl – this was also proven on Monday by the commitment of the Turkish national player Salih Özcan (24) from 1. FC Köln.

Terzic is a man of the heart for Borussia fans. “By now many people should know how important BVB is in my life,” he said. “I would therefore like to sincerely thank Aki Watzke, Michael Zorc and Sebastian Kehl for the great trust and for transferring this great responsibility. We will do everything we can every day for success.” Just as he did in 2020/21 after the dismissal of Lucien Favre – with the crowning cup victory.

He was then promoted to technical director, others say he was parked on the hotplate to avoid constantly hovering over Rose as an assistant coach. For his part, he had extremely difficult last weeks at Borussia Mönchengladbach. So Terzic became more and more popular, and there were more and more doubts about Rose even before he took office. For the decision-makers, the “invisible” in his own stable always remained something like a trainer joker – which has now been drawn.

Since the departure of the larger-than-life successful coach Jürgen Klopp in 2015, the BVB managers have not shown a lucky hand. There were internal quarrels with Thomas Tuchel, Peter Bosz didn’t get any consistency, Peter Stöger also had to go, Favre got on the nerves of those responsible in the end. It didn’t go well with Rose either.

The coach, who came from Mönchengladbach for five million euros, went into the season analysis with the expectation of moderating the upheaval. But in the end, the ideas diverged, the trust was no longer there. Rose remained very popular with his players until the end, as the farewell posts from Mats Hummels and others showed.

But many fans hadn’t seen any proper development of key players either, and the team structure wasn’t consistent. The embarrassing end in a detachable Champions League group was followed by the cup debacle at FC St. Pauli and lousy Europa League performances. In the league, contact with the permanent champions Bayern broke off earlier than hoped.

Terzic should change that. With his motivating, personable manner, he quickly tore the team and environment out of the Favre lethargy a year and a half ago. The upheaval has also begun: Before Özcan, BVB had signed the German internationals Niklas Süle, Nico Schlotterbeck (both central defense) and Karim Adeyemi (attack). Terzic can get started: from a completely new base.