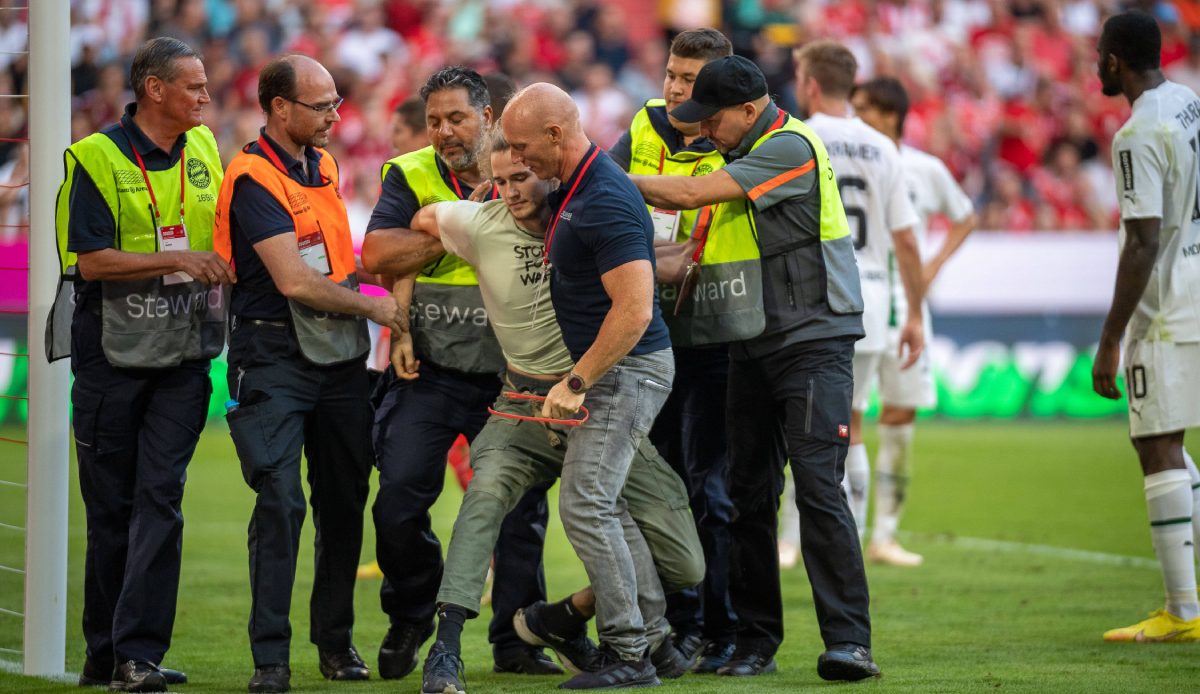 The Bundesliga game between FC Bayern Munich and Borussia Mönchengladbach had to be briefly interrupted after a few minutes because activists tried to chain themselves to the posts of the goal guarded by Yann Sommer.

Two had stormed the square at a corner of FC Bayern Munich and spread the message “Stop the fossil madness”. A third activist is said to be loud sky attempted to enter the field of play from behind the dugout. He apparently fell, which is why he had to be treated briefly.

The folders were fast enough in each case and were able to prevent a longer interruption. After a few seconds, the people could be led out of the stadium and the game continued.