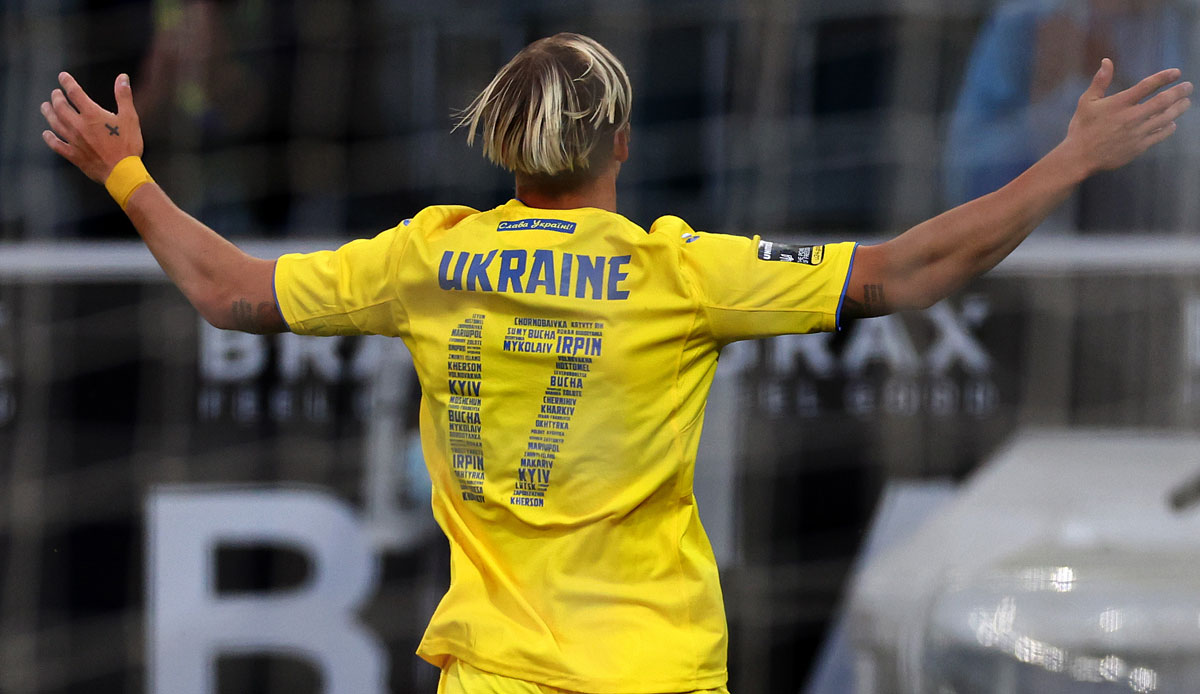 With the benefit game against the Ukrainian national team, Borussia Mönchengladbach sent a signal for peace and solidarity. The foals lost 1:2. Thousands of fans waved blue and yellow flags in Borussia Park on Wednesday evening and together with all the players sent a clear message: Russia must end its war of aggression immediately.

Mudryk had given the guests the lead (9′) before Noss equalized for Gladbach in the 13′. Substitute Pikhalionok scored the winning goal (82′). Ukraine could have won even more clearly, but Sippel prevented the 1:3 shortly before the end.

“This game is very important: for our team and our country,” said long-time Bundesliga professional Andrej Voronin as a co-commentator ProSieben. The broadcaster also offered the game in its live broadcast with Ukrainian commentary. “We realize that we are not alone. The whole world is behind us. That makes us strong,” said Voronin.

Before kick-off there was a huge banner in the center circle that read “Stop War” and Wladimir Klitschko spoke a message from Kyiv. “I can’t take sides for a team today because both play for us,” said the former boxing world champion.

For Ukraine, the national team’s first game since the beginning of the war also had a sporting dimension, although the most important foreign players were still absent. On June 1, Ukraine will face Scotland in the semi-finals of the World Cup play-offs in Glasgow. The winner plays Wales four days later for a place at the Winter World Cup in Qatar.

For Gladbach, the commitment was a matter of course. “We’re still in the middle of the game, but we never thought of that,” said managing director Stephan Schippers. “We’re doing everything we can. This war is unimaginable and despicable. We want to offer Ukrainian football a platform.” All proceeds go to Ukraine Aid.