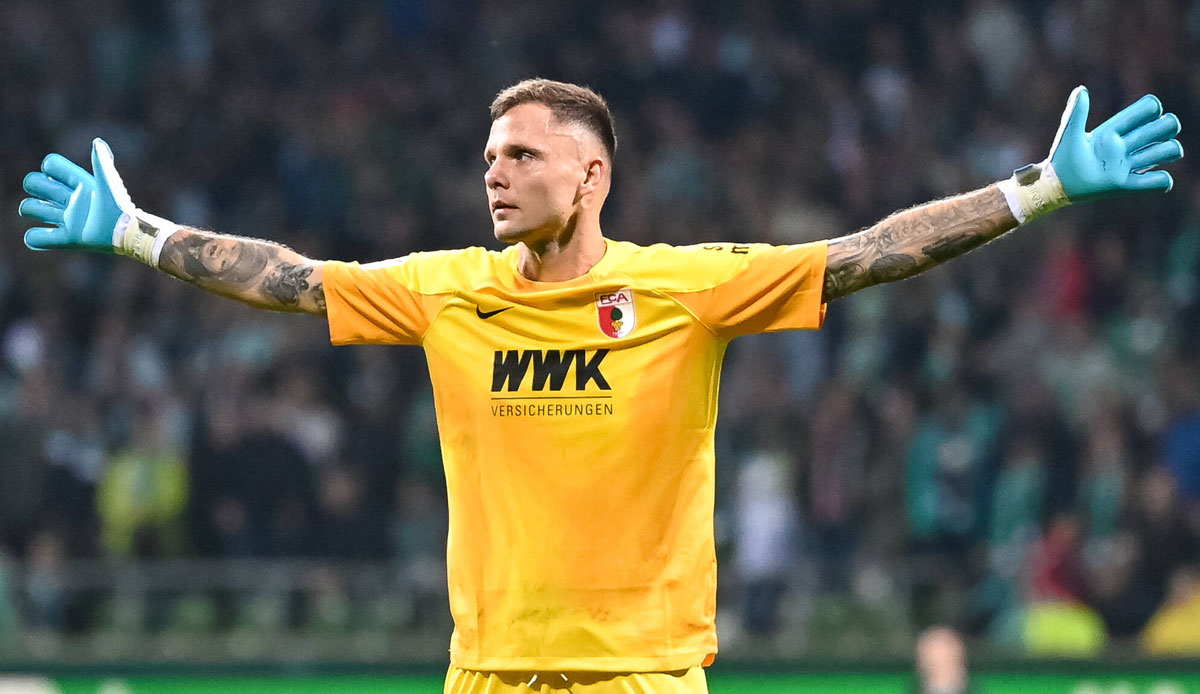 In an emotional interview, Augsburg goalkeeper Rafal Gikiewicz explained his gesture to the Werder Bremen fans after the saved penalty in the fourth minute of injury time. He also teased SVW striker Niclas Füllkrug.

Wild scenes happened at the end of FCA’s 1-0 win in Bremen: After Gikiewicz had parried a controversial hand penalty from Niklas Dorsch, he turned to the home fans with a “Psst” gesture (pointing finger to his mouth). As a result, some Werder supporters stormed the interior and loudly insulted the Poles.

After the game, Gikiewicz gave himself up DAZN-Microphone first in disbelief and when asked what had happened, replied: “What do you mean? That’s football.”

In the next moment, the 34-year-old gave the explanation: “They insult me ​​almost the whole second half, that was just my answer. They have no respect. We are only players and they are not allowed to insult my family or me personally. That can I don’t accept.”

He then took on Werder striker Niclas Füllkrug, who had previously accused FCA of complaining “with every referee’s decision” with eleven men.

“I think Füllkrug just has to accept the defeat. They had eight points before the game and then Augsburg come on and they think they’ll win 4-0 or what? That’s just disrespectful,” said Gikiewicz. The better team won: “Now you can talk endlessly, I’m not interested in that.”

Criticism of Gikiewicz came from Bremen’s professional boss Clemens Fritz: “It’s not like nobody notices when the penalty spot is kicked around. He does himself the least favor and can think about it again and make it up to yourself.”

Füllkrug himself was dissatisfied with the performance of referee Martin Petersen. He “started whistling too early” and handing out yellow cards. “Nevertheless, we get the penalty in the end but we don’t use it,” he added.

Werder coach Ole Werner explained that Füllkrug, who had converted twice from the point in two attempts this season, did not take the penalty himself: He leaves the decision to the players on the pitch. “They should decide who feels best,” he said.

Meanwhile, Ducksch is still waiting for his first goal of the season. “He wanted to score his first goal and break that curse. And then that happens,” explained Füllkrug.