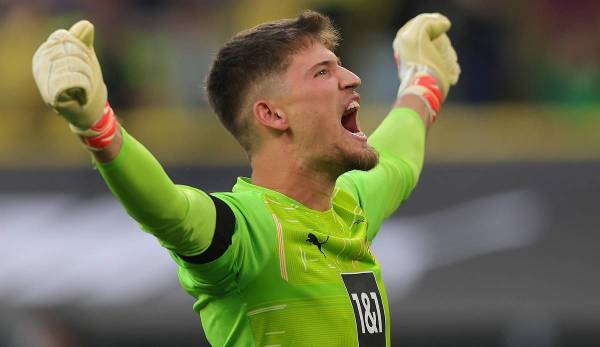 Holger Fischer works as a personal development coach with sports stars. Rene Adler wrote the foreword for his new book “Career killers – and how to avoid them effectively”, and BVB star Gregor Kobel also trusts him. In an interview with SPOX and GOAL, Fischer talks about his work.

Fischer explains the pressure the stars are under, what normal mobile phone use looks like at a Bundesliga club and why Rene Adler needed a kick in the buttocks from time to time.

Fischer also talks about the so-called career path, he reveals why many players are voluntary or made victims – and which saying he would like to discuss with national coach Hansi Flick.

Mr. Fischer, in spring Ashleigh Barty surprisingly announced the end of his career as the reigning number one in the tennis world. What did you think when you heard it?

Holger Fischer: She is coming back. That was my first impulse. She had stopped before and come back. The crucial question, with Ashleigh Barty or with all other athletes, is always the same: What will my life be like after the end of my career? Athletes who manage to create new content that fills them up will not come back. Athletes who don’t manage to do that and who also miss the limelight over time come back.

They have a lot of experience working with tennis professionals.

fisherman: That’s correct. I’m working with Angelique Kerber again after a long break. Angelique may be 34, but she’s managed to still enjoy tennis to this day. Mainly because she is very open to getting involved with new things and constantly evolving. Of course, she had already asked herself the question: Am I going to stop? Yes or no? Last year she modified her game again, set a new impulse and thus found a new challenge. That’s key if you want to stay at the top for that long.

Florian Mayer was always a very interesting player. Talented without end, but the head was not made for the absolute top of the world. What did you do with him back then?

fisherman: When Florian came to me, he was way down in the world rankings. I was then allowed to accompany him on a path that brought him up to 18th place. For him, believing in yourself was always the big issue. I gave him the task of writing down reasons why he is in the top 20 tennis players in the world. But at first he only found reasons why he didn’t belong there. Over time we managed to get him to develop a vision for himself and to believe in himself more and more. It was enough for the top 20, but he simply didn’t dare to do more. You have to accept that openly and honestly.

In tennis or golf, you helped Marcel Siem back up from a deep valley, working on yourself, getting help from outside, is much more accepted than in football. Actually, since our first interview, we’ve been talking about the fact that no weaknesses should be admitted in football. How much has changed over the years?

fisherman: Not much. We are still at the beginning of a development that will hopefully lead to more openness. But the pressure that has just been created by social media is enormous. The boys don’t suffer under the pressure that football puts on them. They suffer from the circumstances. At a Bundesliga club, it turned out that the players spend eight hours a day on their cell phones. Eight hours a day, you have to imagine that.

Fischer: “Gregor has an extreme urge to develop further”

In your book, at least some current or former professionals talk about working with you. Rene Adler even wrote the foreword. In it he impressively describes how immense pressure he put on himself ultimately led to two broken ribs before the 2010 World Cup. And so Manuel Neuer made the world career that maybe he could have made.

fisherman: Rene was number one in the German goal back then, many people don’t even know that anymore. He was obsessed with getting better and overpaced. He lived and fought with himself in conflict. On the one hand the mental component, I want more, more, more – and on the other hand the emotional component that says: I’m afraid that I won’t get it. If we believe in a holistic approach and the interaction of mind, body and soul, I think it is understandable for everyone that the body then has to “take the buck”. We’ve seen this happen so many times, serious injuries have occurred. After the 2006 World Cup there were 16 serious injuries, or let’s remember David Beckham’s Achilles tendon tear. These guys are under brutal pressure and it is precisely when they are successful that the crucial mistakes are often made.

What do you mean?

fisherman: If things are going well for an athlete, those around him will tell him that he doesn’t have to work on himself that much anymore – especially not off the field. It’s working. This is one of the worst misconceptions. Especially when I’m successful, I have to do everything I can to go into a consolidation phase and master it. But very few succeed because they are simply not prepared for it.

Rene Adler also writes that he needed a kick in the ass from time to time.

fisherman: (laughs) It was like that, yes. But that’s normal. Sometimes you need a nudge to make things happen. Working with Rene was and is great because he has always been a footballer who was completely underchallenged by the football business, in which the players are brought up to be comfortable. Guys like that need constant input, but instead many clubs are afraid that players might get distracted and want them to just focus on football. But that’s not how it works.

You seem to have a particular passion for working with goalkeepers.

fisherman: I don’t know either, I seem to be attracted to them somehow. (laughs) At the moment I’m working with Gregor Kobel and I really enjoy it. It’s a very fruitful partnership. Gregor is an incredibly intelligent and highly sensitive person. Sensitive is also a word that is immediately negatively evaluated in football, but all world-class athletes are highly sensitive – otherwise they wouldn’t be world-class. Gregor has an extreme urge and desire for further development. He is totally open to new things and gets involved. He’s still at the beginning of his career, but his development is really impressive. He goes his way step by step, also when it comes to dealing with the media. He still holds back when he does something, but then he’s got it covered.