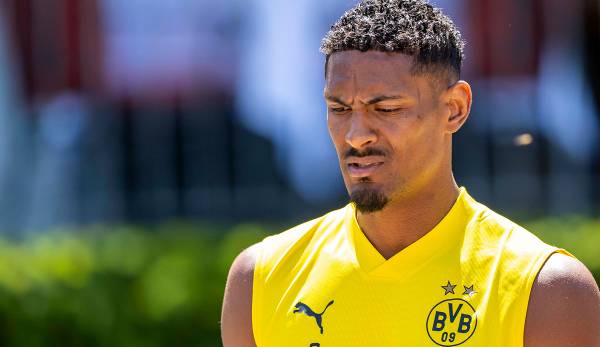 Borussia Dortmund has to close a gap after the absence of Sebastien Haller. But does it even need a new signing? A comment.

Actually, BVB didn’t want to have to think about transfers anymore at this point in time. The Dortmund had already strengthened at the beginning of the transfer period. A little later, they also decided on the successor to Erling Haaland, who had emigrated: Sebastien Haller was to score in the center of the attack.

But after Haller’s testicular cancer diagnosis, Dortmund are now considering signing another centre-forward.

Sports Director Sebastian Kehl said in the world on Sunday on the current situation: “It’s not easy to find a suitable replacement now that many transfers have already been made.”

Kehl gave an insight into his mind games: “We will only sign a new striker if we are 100 percent convinced of him. We will not let ourselves drift. It is our duty to examine all options. But it is very clear that we’re going to build on Sebastien in the future, so we don’t need a striker for a longer period of time.”

No striker for a longer period? This severely limits the possible group of candidates. According to Kehl, the potential newcomer need have no illusions: he would only be scheduled for as long as Haller is out due to his cancer treatment. A classic stopgap.

From this point of view, a candidate from the Spanish mark was brought into play, not very realistic: According to this, BVB is said to be interested in a commitment from Giovanni Simeone. The son of star coach Diego Simeone had the most successful season of his professional career last season with 17 Serie A goals and six assists for Hellas Verona. At 27, he is in the best footballer age. Juventus and Sevilla FC are also said to be interested in Simeone.

Incidentally, Papa Diego was already under contract in Seville. Why should Simeone choose BVB as the next step when he already knows that he would have to be on the bench if Haller returns? Under these conditions, Dortmund can actually only sign a goalscorer just before retirement like Edin Dzeko. Or a striker who would not have even made it onto Dortmund’s list under normal circumstances, such as Krzysztof Piatek, whose name has been mentioned several times after Haller’s diagnosis.

The fact that Kehl expresses himself so clearly is a strong sign towards Haller: They continue to rely on him and do not put him under pressure during his recovery. That shows class and deserves praise.

Borussia Haller’s failure may even be able to absorb without another newcomer. Youngster Youssoufa Moukoko may be ready for more playing time in the upcoming season. Coach Edin Terzic thinks a lot of the 17-year-old. And in Dortmund they would probably be even happier about goals from the super talent than from a classic stopgap.