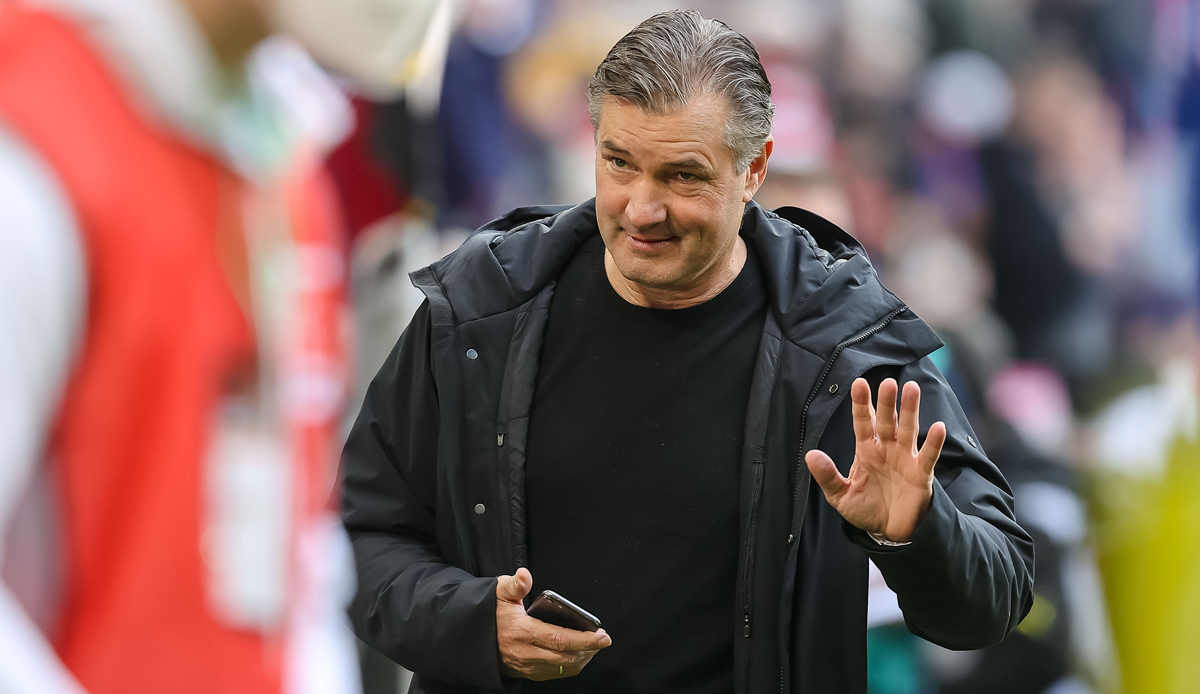 BVB managing directors Hans-Joachim Watzke and Sebastian Kehl pay tribute to outgoing sports director Michael Zorc. Unterhaching President Manfred Schwabl believes that Karim Adeyemi’s move to Dortmund comes at the right time. Also: Real Madrid probably got out of the poker for Erling Haaland because of a required clause. You can find all the news and rumors about BVB here.

The outgoing sports director Michael Zorc received words of praise from BVB managing director Hans-Joachim Watzke after 44 years. “BVB owes Michael a great debt of gratitude. He has the greatest career of all Borussia,” said Watzke SID. After the season finale on Saturday against Hertha BSC (3.30 p.m. in the live ticker), 59-year-old Zorc will finally hand over the business to his successor Sebastian Kehl.

“44 years with his club in his city – more is not possible,” added Watzke. “The 17 years of cooperation have been very successful, but above all great on the human side.”

Kehl, previously head of the Dortmund license player department, also paid tribute to Zorc SID-Conversation as “a great person who has played a key role in shaping the history of Borussia Dortmund in various roles. He has also been a very important contact and mentor for me in recent years.”

Now a change follows, said Kehl. “But we have always worked very closely, very well and very trustingly together. Michael will therefore continue to be available to me with his experience for one or the other question. He will always remain a part of BVB.”

Guardiola, BVB, Real and Klopp: winners and losers of the Haaland deal

SpVgg Unterhaching’s President Manfred Schwabl believes that the move to Dortmund is exactly the right step at the right time for BVB newcomer Karim Adeyemi. “In the long run, Karim is a player for the Premier League. But now with a view to the EM 2024, BVB is the perfect choice. I always advised Karim to take slow steps, that was Leipzig or Dortmund,” said Schwabl Interview with sports1.

In terms of type, “Karim fits perfectly into the Ruhr area with its enthusiastic fans. It’s a wonderful story. Because Karim has remained down to earth in addition to his sporting success. He comes from a really great family home,” continued the Haching President. The fourth division also benefits financially from the move, with over six million euros of the total transfer fee of 30 million euros going to the Munich suburban club.

Schwabl does not believe in the danger that Adeyemi will not be able to meet BVB’s expectations. “Karim will fit in Haaland’s shoes. They are very big footsteps, but it was always the case with him that he aspired to higher things. We had to push him up to a higher age range early on. At the age of 15 he was already at the trained with the first team in the 3rd division.”

The striker “needs the challenges and high goals. And becoming Haaland’s successor is extremely high. But he will do it. Both are goalscorers and after a year or two he will have to be measured by how he has performed.”

Haaland only third! The most expensive BVB departures of all time

BVB, rumor: Did Real get out of Haaland Poker because of a clause?

BVB striker Erling Haaland will play for Manchester City in the coming season. Until recently, Real Madrid was also considered a potential buyer for the Norwegian, but apparently the royals refrained from a transfer due to a required clause.

Like the Spanish radio station Cadena SER reported that Haaland’s recently deceased advisor Mino Raiola is said to have demanded a €150 million release clause for his client. This would have come into force from the second year to allow for a further change should the desired results not be achieved.

However, Real President Florentino Perez vehemently rejected this. Such a costly investment is not in the realm of possibility if Haaland could leave the club again in the second year. Although it is compulsory according to labor law in Spain to agree on an exit clause, this is usually in utopian spheres, so that other clubs do not even have the chance to activate it.