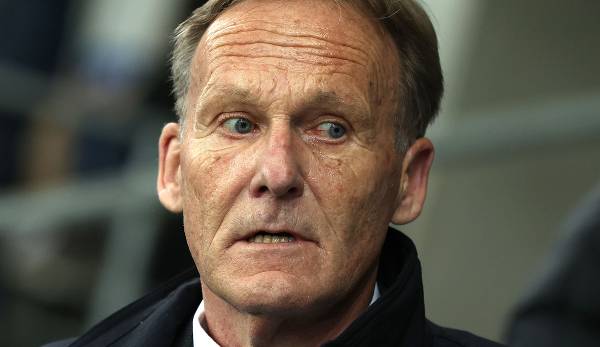 Hans-Joachim Watzke sees FC Bayern again as the clear favorites for the championship, even without Robert Lewandowski. The BVB boss also addressed the possibility of whether the black and yellow would pick up again in the storm after Sebastien Haller was diagnosed with testicular cancer. The 63-year-old remained cautious when it came to goals for the season.

“With the newcomers, Bayern Munich is the number one favorite,” said Watzke in an interview with the dpa. “They lose an exceptional player in Lewandowski, but gain two exceptional players in Mane and de Ligt.” According to Watzke, BVB will eventually need the “quality, courage and luck” to break Bayern’s dominance and win a championship for the first time since 2012.

As an example, the BVB boss cited OSC Lille in France, which surprisingly interrupted PSG’s hegemony two years ago. The 63-year-old continues to see a big gap between the black and yellow and the German series champions and stated that the budget difference between BVB and Mainz 05 is smaller than that between Dortmund and FC Bayern. “That’s just a fact and the media should take note of that.”

Nevertheless, Watzke is of the opinion that the Bundesliga is anything but boring and that this topic is only fueled by the media: “But if I now follow the interest and season ticket sales, most of it was overblown. The problem: if you hear it a hundred times, Do you believe it yourself in the end? Unfortunately, that happened to me too, I have to admit. You have to free yourself from these things.”

Watzke did not formulate clear goals for the coming season. Instead, he stated that he would be satisfied if the team came close to the maximum. “Obviously it’s difficult to define that exactly, but last season we felt that wasn’t the case.”

At the same time, Watzke fears that the start of the season in particular could be difficult. The surprising diagnosis of new signing Sebastien Haller, who was scheduled to play in the storm and will now be out indefinitely, also plays a role. “It could be bumpy. But we mustn’t use that as an alibi in any way, we have to see it as a challenge.”

Watzke didn’t want to reveal whether BVB will add another storm and instead urged patience. “We can’t speculate on a player’s health before there are crystal clear diagnoses. And it will definitely be several days before that happens.”