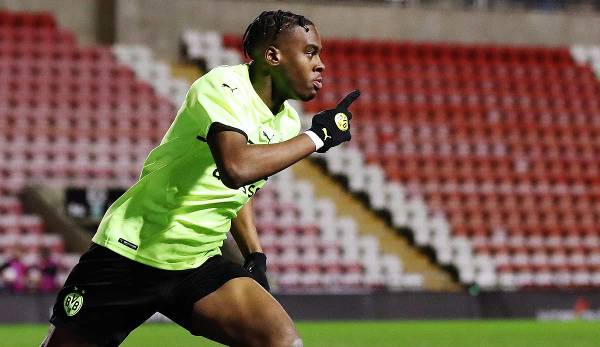 Hans-Joachim Watzke, Managing Director of Borussia Dortmund, took a position on various topics in a panel discussion. Meanwhile, Jamie Bynoe-Gittens is about to make his starting XI debut against VfL Bochum. You can find all the news and rumors about BVB here.

On Friday evening, Hans-Joachim Watzke, Managing Director of Borussia Dortmund, took part in the panel discussion 19:09 – the black and yellow talc the Ruhr news Opinion on various topics related to BVB. You can read what Watzke said about the departure of Erling Haaland or the possible commitments of Nico Schlotterbeck and Karim Adeyemi here!

Watzke also spoke about his relationship with outgoing sports director Michael Zorc, who will retire in the summer after 24 years in this role. “He wanted to go through the big goal upright. And you know that things can change quickly in football – then you go out through the back door. We worked together for 17 years. There wasn’t a day when there was a crash .”

The BVB boss also revealed how he stayed with Zorc in terms of a later function at the club: “I told him that he would now clear his head and that we would sit down at the beginning of the coming year and think about where we could find him again can use.”

BVB, News: Watzke on Marco Rose and the Dortmund season

Despite the bumpy season overall, Watzke is still convinced of coach Marco Rose: “He gets along very well with the team. The relationship between team and coach is totally intact. There’s absolutely no problem.”

Nevertheless, he gave Rose and his team an ambivalent testimony: “It’s okay in the Bundesliga this season, in the cup competitions it was a total disaster.”

As for the performance in the Bundesliga and the duel with FC Bayern Munich, Watzke said: “We will most likely be runners-up again this year. 16 other clubs would think that was cool. But it’s annoying. Bayern will be well over 80 points again We’ve only done that once – in the second championship season under Jürgen Klopp.”

BVB, News: Watzke on the transfer of Niklas Süle

While the move from Freiburg’s Schlotterbeck to Dortmund is likely but not yet official, BVB secured the services of Niklas Süle back in February, who will come on a free transfer from FC Bayern.

Watzke said: “He said relatively early on that he wanted to join BVB. A title with Borussia Dortmund would have a completely different meaning. Niklas is a down-to-earth boy, a great guy. I think he’s good for us.”

Süle was last on the field against his upcoming club last weekend when BVB lost 3-1 in Munich. In the new season, the central defender should help to break the black Dortmund series at Bayern.

Referring to the bankruptcy in Munich, Watzke said: “I actually had the feeling that we weren’t that far away. But if you’re not treated fairly twice by the referee and by the Kölner Keller… If both games had ended in a draw, we would only be six points behind. Despite my DFL job, I won’t shut up if something upsets me. The only passion is at BVB.”

In the third to last game of the season against VfL Bochum, BVB are still plagued by serious injury problems. “We have the opportunity to change small things. But in the end, the team is currently putting itself together,” said Rose at the press conference on Friday.

In addition to the long-term injuries Mateu Morey, Thomas Meunier, Steffen Tigges and Giovanni Reyna, Borussia will certainly be missing Mahmoud Dahoud, Mats Hummels, Donyell Malen, Thorgan Hazard and Gregor Kobel. Axel Witsel is likely to join the team for Emre Can who has been suspended.

In view of this situation, it is quite possible that youngster Jamie Bynoe-Gittens from the Dortmund U19 will make his debut in the starting eleven. The Englishman has been on the field for Rose’s team twice recently and definitely has high-flyer potential.