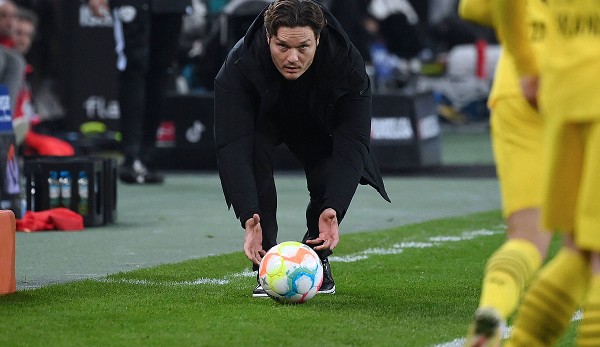 Hans-Joachim Watzke, managing director of Borussia Dortmund, spoke again about Marco Rose’s departure as BVB coach. He also strengthened the current coach Edin Terzic. You can find all the news and rumors about BVB here.

Borussia Dortmund’s managing director Hans-Joachim Watzke has picture TV talked about the former BVB coach Marco Rose and gave a hint as to why the Westphalians parted ways with the current Leipzig coach in May 2022.

“Marco Rose is a great trainer. But we decided together to go our separate ways because some things stood in the way and somehow he never really got there,” said Watzke, adding: “Something was there that wasn’t right . We don’t know for sure ourselves.”

After a season full of disappointments, in which Borussia finished second in the Bundesliga with 69 points, Dortmund surprisingly parted ways with Rose. Edin Terzic, previously Technical Director, took over.

Only two since 2020! These are the best BVB transfers of the millennium

After the disappointing end of the year with two Bundesliga defeats in a row and falling to sixth place, BVB boss Watzke has strengthened Dortmund’s head coach Terzic.

“We’re still in the Champions League, and in the DFB Cup too. Edin is a guy who knows and loves the club, but he has a team that is still subject to major fluctuations,” said Watzke picture TV. And further: “But Terzic is doing a great job, so I’m sure we’ll enjoy him for a long time to come. We’re definitely 100 percent convinced of him, 1000 percent. He’s totally respected here. Leave the boy do it.”

The BVB managing director called the comparisons with predecessor Marco Rose “so stupid, they lag at every corner”. Although Terzic collected fewer points than Rose at the same time last year, he is still represented in the Champions League and not “miserably dropped out of the DFB Cup”.

“Edin is constantly evolving, is extremely focused. Not only does he love this club, he also knows exactly what we have to do now,” said Watzke in view of the recent league defeats in Wolfsburg and Mönchengladbach: “He’s doing a great job and Will do that at Borussia Dortmund for a long time.”

Terzic was “entirely” highly regarded by the Westphalians, Watzke added: “I hear from everyone involved how meticulously he works. We will see great things from him.”

Watzke was even drawn to a comparison with Jürgen Klopp, who has been enormously successful for many years and by which many coaches in Dortmund are still measured: “Jürgen Klopp has dedicated himself to the club for seven years. I see parallels to Edin, who is also totally focused on the club. I see that with Sebastian Kehl and it’s the same with me,” said Watzke.

After the 2-0 win at FC Schalke 04, Bayern Munich keeper Manuel Neuer spoke about his long-term teammate Mats Hummels not being nominated for the 2022 World Cup in Qatar. “Of course I’ve known him for a long time. We played together in the U21s. Of course I like playing with him, but the national coach always makes the decision,” said the Bayern keeper after the win against Schalke.

Despite a strong first series at BVB, Hummels was not called up by national coach Hansi Flick for the 26-man team for the upcoming World Cup in Qatar.

“Unsurprisingly, this is one of the biggest disappointments of my career,” Hummels wrote on social media. He keeps his fingers crossed for the DFB-Elf and will use the time “to react to such an experience with hard work, as always”.

Morton is considered a huge talent on the island. The central midfielder is under contract with Liverpool FC until 2025, but is currently on loan to the second division club Blackburn Rovers. There he has already played in 21 competitive games this season and showed strong performances.

Morton does not want to leave Liverpool in principle, according to the Sunreport, it is possible that Dortmund’s interest in him will become more concrete during possible negotiations regarding a transfer from Jude Bellingham to the Reds. Accordingly, those responsible for BVB could guide Morton to Borussia as part of a Bellingham sale to the Reds.

Bundesliga: The table before the Sunday games