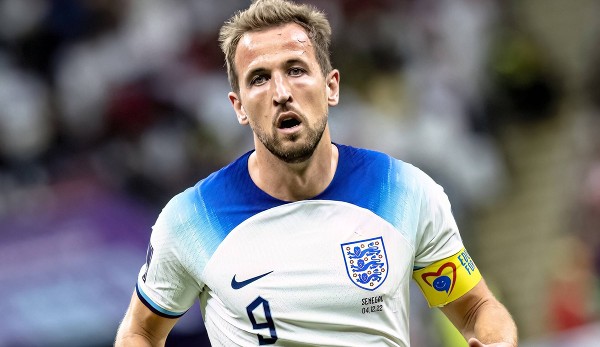 Despite the recent gala performances by Eric Maxim Choupo-Moting, Bayern should sooner or later become active on the transfer market and land a new striker. Here are a few candidates for the Bundesliga’s Croesus.

In a few days, the players remaining in Munich will go on Christmas break before training with the record champions continues on January 3rd. Meanwhile, behind the doors on Säbener Straße, the transfer plans are being worked on.

Not only must FC Bayern continue to think about whether to react to long-term injuries, as in the case of Lucas Hernández, but those responsible around Hasan Salihamidžić and Oliver Kahn will also deal with the striker question.

Negotiations have started on a possible contract extension for Eric Maxim Choupo-Moting, who has scored 11 goals in 16 competitive games for Bayern this season. However, with all due respect to his recent achievements, the 33-year-old does not represent a long-term solution.

For this reason, it is worth taking a look at possible candidates who could join FC Bayern either in January or after the end of the season.

Harry Kane is currently leading the England national team through the knockout phase of the World Cup and, with quarter-final opponents France, it seems he is not giving too much thought to his future in club football at the moment. The 29-year-old has often been associated with the people of Munich – and there are reasons for that. Kane is a reliable goalscorer and a reliable performer in general. In recent years, the Tottenham Hotspur attacker has rarely had periods in which he disappointed for more than two or three weeks.

In addition, Kane has already gained a lot of experience on the biggest stages of football, i.e. in Champions League and European Championship finals. In terms of format alone, he would fit in perfectly with Bayern. But Kane would also be a 1A solution in terms of play, because he is not only a goalscorer, but also an attacking player who plays along and who can fall into midfield with clever positional play and can participate in the pass circulation there. In the best-case scenario, this creates space for attacking forces coming in diagonally, like the ones Bayern have with Serge Gnabry and Sadio Mané.

Kane’s contract with Spurs runs until 2024, but a summer move could certainly mean paying a transfer fee in the high double-digit, if not low triple-digit million range.

Cody Gakpo is currently doing a lot of self-promotion in Qatar and is accordingly on the wish lists of many well-known clubs. Bayern could also like the young Dutchman, as a move from PSV to another club next summer should be relatively cheap. However, the question remains to what extent Gakpo would really fit into the profile that the record champions are looking for.

Gakpo is actually a winger but has impressed as a central attacker for both club and national team in recent years. He can really shine when he has the game in front of him and picks up a bit of pace. Gakpo isn’t a ball-holding or distribution forward, but he could work on those elements if he really embraces the center forward role.

Because so far Gakpo is still a bit afraid of it. With him, Bayern would probably have another offensive power that actually prefers to come from the outside than to be positioned in the middle. That speaks against serious transfer efforts.

Already in winter, but at the latest in summer, Marcus Thuram could be interesting. The Frenchman’s contract with Borussia Mönchenglabdach ends in June, further cooperation seems unlikely. Of course, FC Bayern has the French World Cup participants in mind, which, like Gakpo, raises the question of whether Thuram works best in the offensive center and would like to play there.

He is often used centrally by foal trainer Daniel Farke and can also use his physique there both on the ground and in the air. Thuram likes it when he finds some space behind the opposing line of defense and can use it with speed. With Bayern, however, it will be less common than with Gladbach.

So Thuram would have to change his game a bit and adapt to Bayern’s ball possession style. He would have the potential and due to his dynamism, there could also be good synergies with Serge Gnabry, Leroy Sané and Co. Simply because of the relatively low risk of this transfer, Thuram plays a role in the considerations of the Bayern bosses.

Joao Felix and the Bavarians: The luxury version

On the other hand, a signing of João Félix from Atlético Madrid would have maximum outsider chances. The Portuguese, who joined the Colchoneros in 2019 for almost 130 million euros, was never able to fully establish himself and play an important role for Atlético. Rumors of transfers persist and it would come as no surprise should Félix be available on the transfer market anytime soon – possibly as early as January, according to local media.

Counselor Jorge Mendes certainly wants his 23-year-old client to shine in the spotlight again. Bayern would certainly offer the necessary stage – at least in Champions League appearances – but does Félix even fit in with the record champions?

In itself, the two-footed technician is not a classic center forward, but made for the role as a hanging point that can pick up balls from a wall player and bring them forward with urge. In the worst case, Félix would probably get into trouble with Jamal Musiala at Bayern and the two could take spaces away from each other. In any case, Félix would still need a center forward, which would not have solved the real problem for Bayern. In view of the price, Félix’s engagement in Munich seems unrealistic.

Bayern rumors about the filling jug: the wild card from Bremen

The exact opposite of the high-priced early developer from Atlético is a comparatively “cheap” late developer like Niclas Füllkrug. The 29-year-old enjoys an unusual level of popularity, not least because of his appearances at the World Cup. His header and final strength speak for him. Even his passing game is better than his reputation, although Füllkrug still doesn’t have the level of most Bayern players. In the past, the Munich side have tried again and again with outsider candidates – Choupo-Moting is the most recent example.

Whether or not Füllkrug would really develop its full strength at Bayern remains questionable. He would have to act in a smaller space than is the case at Werder Bremen, because the North Germans often deliberately try to create a lot of free space around Füllkrug and his partner Marvin Ducksch and pass the pair with wide-ranging passes. However, Bremen are also allowed to find these spaces at all, because very few opponents in duels with Werder retreat to their own penalty area.

Nevertheless, Bayern should take a closer look at the international in view of Füllkrug’s appearances at the World Cup. If this is already available in January, it could at least be a fruitful collaboration over six months.