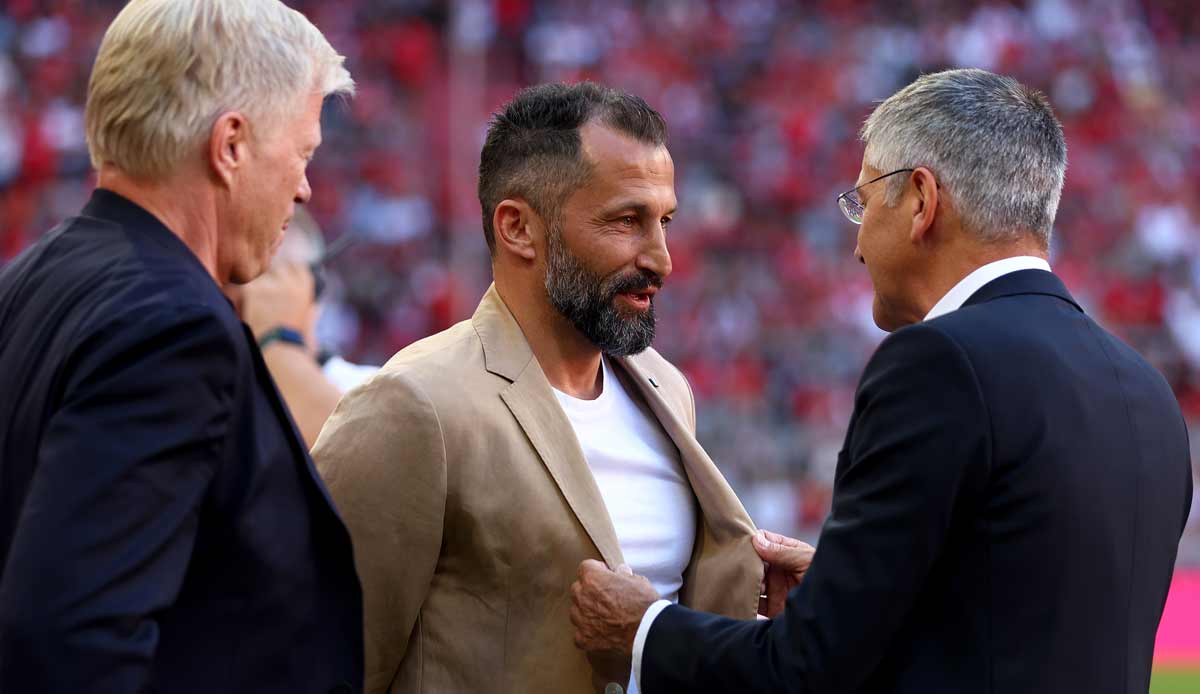 According to Hasan Salihamidzic, FC Bayern Munich would have liked to keep David Alaba. “We really tried everything,” said the sports director picture-Podcast phrase mower: “We definitely wanted to keep David. But it was, you have to say, a difficult time.” Nevertheless, the 45-year-old also admits mistakes.

In 2021, Alaba changed colors after twelve years at FC Bayern Munich. The central defender went to Real Madrid on a free transfer after several rounds of negotiations at Säbener Straße failed. “The supervisory board had reservations about making unusual contracts at this time,” explained Salihamidzic: “Nevertheless, we wanted to save face and give David great appreciation.”

Accordingly, he was “made a very good offer, especially for this time.” Alaba himself and his advisor Pini Zahavi complained at the time that the club did not show them enough appreciation. Salihamidzic also admitted mistakes. “When we made that last offer, David thought about it. At some point we wanted to know what it was like,” he said: “In retrospect, I don’t know if I would have done it again with such a deserving player.”

Nevertheless, he believes that this story took too long. “I don’t think David would have stayed either way. He’s a great guy and a really good player.” Alaba signed a contract with Real Madrid until 2026, which according to him capology brings in around 22.5 million euros gross per year. In Munich he would be the top earner.

Bayern grades: One star tops them all

FC Bayern: Cristiano Ronaldo was “out of the question”

This summer there were also some rumors about a player who might have become a top earner at Bayern: Cristiano Ronaldo. Various media reported that agent Jorge Mendes had offered the Portuguese in Munich. However, the record champion quickly denied it.

“If you now see how our offensive is manned – even without Robert Lewandowski – it’s just difficult from a sporting and financial point of view,” Salihamidzic explained the motives. You have “eight players for the four positions. We have seasoned top players who are in the prime of footballing age.” In addition, the Munich talents “whom we want to give playing time and so we have all voted to go through with our plan.”

Accordingly, a Ronaldo transfer was “out of the question”. Especially since a top player has already switched to FCB in Sadio Mané. “At the end of the conversation, Sadio said: ‘Yes, I like it all. I want to go to Munich,'” Salihamidzic said of the negotiations with the Senegalese: “Of course I was hot. We hadn’t talked about any numbers, but it was It’s clear that we can win him over and then I gave it a go.”

Bayern also wanted to step on the gas with Erling Haaland. “We had some talks,” confirmed the sporting director: “We had things in mind that we could implement. In the end, it didn’t work out for various reasons.” But he didn’t want to blame the player for that. Haaland “decided on something that he thinks is better for him.” In the summer, the Norwegian switched from BVB to Manchester City for 60 million euros. There he should now earn around 23 million euros gross.