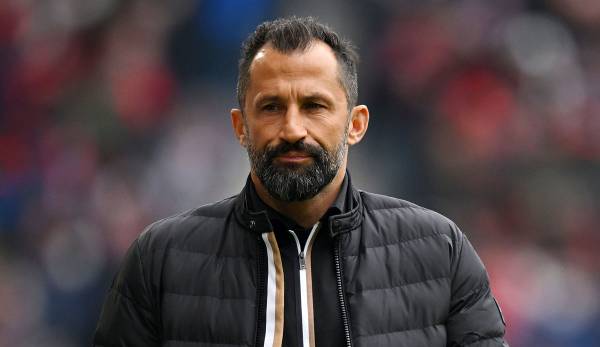 FC Bayern Munich’s sports director Hasan Salihamidzic has commented on the future of Robert Lewandowski and Serge Gnabry. In addition, he did not rule out further transfers and once again took a position on the criticism of his person.

Like Salihamidzic in an interview with sky stressed, Lewandowski will play “100 percent” in Munich next season. “July 12 is his first day at work, I’m expecting him there. But I’m not going to deal with it now because we had other things to do. I think things have calmed down a bit now. We still have a lot to do do.”

Lewandowski had repeatedly emphasized in public in the past few weeks that he wanted to leave the record champions in the summer despite his contract running until 2023. According to consistent media reports, the Pole is pushing for a move to FC Barcelona, ​​which, according to information from the picture-Zeitung submitted a second, improved offer. In addition, the current world footballer was disappointed that those responsible at Bayern continue to vehemently insist on staying.

That’s why there was a summit meeting between Salihamidzic and Lewandowski on Mallorca recently. A previous report by sky according to this, however, this did not lead to a rethinking of the striker.

He also believes that the relationship with Lewandowski can be repaired despite the public mudslinging: “I’m convinced. He’s a professional and he has big goals in his career. That’s why it’s repairable.”

However, he left open whether Salihamidzic could become weak with a suitable offer – Bayern are said to be asking for at least 50 million euros. “I don’t know that,” he said with a laugh and added: “No, as I said, I never deal with things that are in the air now. I can only repeat it again: He has an employment contract until 2023. He is welcome in Munich on July 12th and he will also be there for the first training session. At least I expect him.”

Regarding Serge Gnabry, who, according to media reports, has a lucrative offer for a contract extension but is still hesitant to accept it, Salihamidzic found clear words. “I’m really clear about that: He’s a great boy. We really want to keep him. We would love to extend him. I think we showed him the necessary appreciation,” he said and added : “I hope he chooses Bayern. We will deepen the talks over the next few weeks. But if a player doesn’t want to choose the club, then it’s only fair to tell the club so that find a solution for everyone involved that satisfies everyone.”

Gnabry still has a contract until 2023. In this summer transfer window, Bayern would have the last chance to generate a fee for the national player should talks about extending the working paper fail. With the transfer of Sadio Mane, Gnabry also had competition on the wings.

In addition, further transfers are not excluded. “First we have to see what’s possible. Which dominoes fall in one direction or the other. But the transfer period is still a long time coming, we’re going to be surprised,” explained Salihamidzic. FC Bayern is “on the right track to having our team the way we want it to be. At the top, but also across the board. It’s only June and that’s why we’re still trying to keep our eyes open and take a look what’s going to happen in the next few months.”

Salihamidzic also commented on the heavy criticism that came after the surprise defeat in the quarter-finals of the Champions League against Villarreal. Among other things, he had received death threats. “I’m not the one who surfs the net a lot. Still, things like that don’t work. The (Death threat, editor’s note) but it’s been a bit longer. I believe that in the past six months we have shown what we intend to do, that we have implemented a few things. In terms of sport, we were eliminated in the round of 16 of the Champions League. That wasn’t our aim. We really learned a lot from the season. I hope that doesn’t happen to us again,” he said.

And further: “We told the players on vacation that they should think about why we didn’t achieve our goals. I’m sure the boys will come back and again with the greed, with the attitude first training session we had before. I like to walk around the city. I love Munich. Football is very emotional. The people who know me know that I give everything for the club and that I try to do ours every day To make the team better and to represent the club well. I can’t influence everything else.”

“Sometimes,” said Salihamidzic, “transfers work and sometimes they don’t.” After the official announcement of the Mane transfer, he received positive reactions from numerous fans. “In the last two years, the pandemic has also been behind us. It caused us great concern. We lost a lot of money because we didn’t have spectators in the stadium. It wasn’t easy. We still managed according to our financial possibilities. I I still tried to keep my nerves. I’m calm, even if I’m fired up, of course. But I try to do my job calmly,” added Salihamidzic.