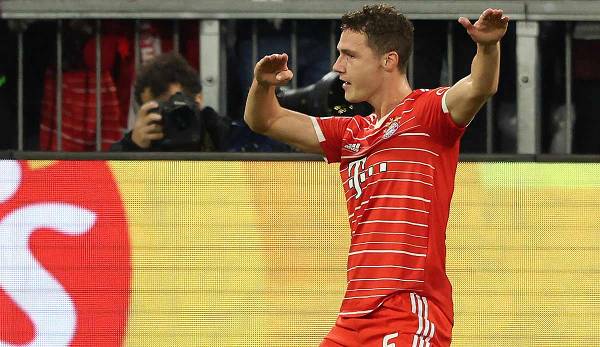 Hasan Salihamidzic, FC Bayern’s sporting director, stood up to Joshua Kimmich and defended him against recent criticism: “The lads who speak their minds are not with us in the meetings. Our players in midfield have guidelines that the coach gives . We don’t let that influence us. We know how strong Jo is,” said the 45-year-old sports picture. “It’s impressive how he directs our game. Jo is a great guy.”

Salihamidzic was referring to statements by Philipp Lahm or Sami Khedira, among others, who called on Kimmich to act with greater loyalty to his position and to think more defensively in some cases. Markus Babbel was even clearer when he said: “Kimmich does gymnastics everywhere, just not where he should play.” According to Sport Bild, these discussions were also a topic in the Bayern dressing room, Julian Nagelsmann and the coaching team are said to have made Kimmich understand not to listen to “experts from the couch”.

“You have to ask him whether the words bothered him. Overall, we’re pretty hardened when it comes to criticism,” said Kimmich’s neighbor Leon Goretzka. “Jo knows my strengths and weaknesses very well, and the same applies vice versa. That helps a lot.”

Matthias Sammer has in his function as PrimeExpert complains that too many internals are made public at FC Bayern. “The only thing that has always surprised me is that so much comes out. It’s always uncomfortable as a coach,” said the ex-professional and coach.

This can distract from the actual main topic, the sporting performance, but is somehow part of it at a club like FC Bayern. “Here, of course, a jackhammer is used. An attempt is made to stage certain topics. Nevertheless, I had the feeling that the problem was being made bigger than it really was.” His tip to Nagelsmann, since he “has a few more years under his belt: just stay calm.”

The Nagelsmann addressed was not asked for his opinion on the subject and only smiled.

Bayern coach Julian Nagelsmann has allayed concerns about goalkeeper Manuel Neuer making a World Cup appearance. “Everyone can go to bed in peace,” said Nagelsmann after the 2-0 win against Inter Milan at the end of the group stage in the Champions League Prime video: “The development of the last week is good, he has already trained specifically for the goalkeeper.”

Neuer’s comeback from a shoulder injury could be imminent. “It’s possible that he’ll be back in Berlin this weekend,” said Nagelsmann, referring to Saturday’s Bundesliga game at Hertha BSC. “But we have to see that from day to day.”

A handball by Bayern star Sadio Mané in the penalty area had no consequences in the early stages of the Champions League game against Inter Milan, despite a minute-long VAR check. While ex-referee Wolfgang Stark spoke of a clear wrong decision, Mané himself saw it differently – and the rulers also protected him.

FC Bayern, News: Pavard caught with alcohol at the wheel

On the fringes of FC Bayern’s game against Inter Milan, Julian Nagelsmann confirmed that Benjamin Pavard had to give up his driver’s license a few weeks ago because of drunk driving. Previously had the Picture-Newspaper reported about the incident.

“I think the club reacted correctly. He saw the mistake. When things happen, you have to let them rest at some point. If the necessary penalty has been imposed, then that’s good,” said Nagelsmann after the second: 0 win in the Champions League against Inter Milan primevideo.

Hasan Salihamidzic also took a stand and downplayed the process as long overdue. There is more information here.