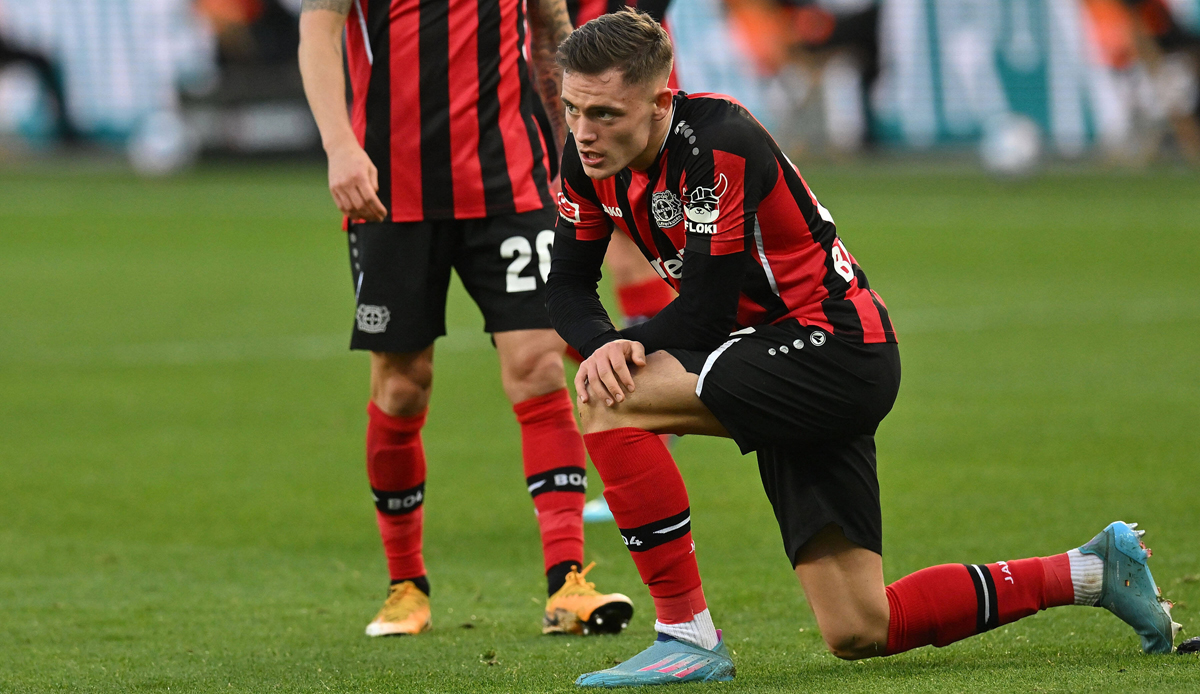 Florian Wirtz didn’t have to make any claims at Bayer Leverkusen in order to take on the prominent role he has within the Werkself. Sports director Simon Rolfes is certain that the 18-year-old will not be thrown off course by his cruciate ligament tear.

The cold chamber with temperatures down to minus 110 degrees, the anti-gravity treadmill or the high-altitude chamber, which creates conditions like at 4000 meters – all of this is taboo for Florian Wirtz for a long time. Bayer Leverkusen’s 10 is still in the early stages of his rehabilitation after tearing the cruciate ligament in his left knee in the derby against 1. FC Köln on March 13.

However, the time will come when Wirtz will again be able to fall back on the innovative equipment of the so-called “workshop”. In 2010, Bayer 04 integrated the training center into the Leverkusen stadium. Since then, all kinds of equipment and around 30 experts have been on the third floor, who take the players under their wing in terms of prevention, regeneration and rehabilitation.

After his operation, Wirtz will focus on taking small steps. The journey is the goal and the goal is to return as quickly as possible, given the severity of the injury, so that Wirtz can still jump on the train to the World Cup in Qatar. And this is the path he will take in the “workshop”.

It was very clever of the club to move this place to where everything related to professional football happens in Leverkusen. The pros’ training grounds are right next to the BayArena. This guarantees that Wirtz can stay in his familiar surroundings during his first serious injury and is not isolated.

Florian Wirtz and his rehabilitation: “He will never be alone”

Sports director Simon Rolfes also put this forward in an interview SPOX and GOAL: “The good thing is that Flo will be with the team every day, in the locker room. The distances are short, he sees the others changing clothes, eating. He will never be alone, all the teammates are with him. “

This will certainly help the 18-year-old’s psyche, but he will have to be patient on the way to his comeback and will have new experiences because he has not yet experienced this lengthy process. That’s why Rolfes emphasizes that he wants to build up Wirtz “with all due patience”: “Burning him too early with a view to anything is out of the question.”

In addition to taking part in the World Cup in November, whatever is important is, of course, returning to the Werkself team. If healing progresses optimally, Wirtz could be available again at the end of September. What is clear, however, is that it will hurt Bayer in every game until then that the midfielder is missing.

Wirtz: Exposed role at Bayer thanks to its systems

Leverkusen is not dependent on Wirtz, but close. The youngster is simply too good for that and has made himself irreplaceable with his performances over the past year and a half. Wirtz’ great strength is making difficult things look easy. His passes, the way he handled the ball, his technique, his game intelligence – things would have to go wrong if Wirtz didn’t have a great career.

Because of his talents, Wirtz didn’t even have to claim this exposed role within coach Gerardo Seoane’s team. It was simply unavoidable to award it to him. With ten goals and 14 assists in 31 competitive games, his record in the current season has come to an end prematurely.

The winner of the 2020 Fritz Walter Gold Medal, who at the age of 18 years, seven months and twelve days became the youngest player with 50 Bundesliga appearances and is the second youngest Bundesliga goalscorer (17 years, 34 days), only had to submit himself to the NXGN Award 2022 narrowly defeated Dortmund’s Jew Bellingham.

Simon Rolfes on the first conversation with Wirtz

Whether he sees Wirtz as one of the two best players in the world under the age of 20 is easy for Rolfes to answer: “Definitely! Florian definitely doesn’t need to hide from any other player born in 2003. For me, he is without a doubt one of the best in Europe, among the best in the world.”

Bayer’s honorary captain saw this development coming. Rolfes has been pursuing this exceptional talent since Wirtz was 13 years old. What always struck him as “extreme” was Wirtz’s constant commitment. “Whether the field was a field or an English lawn. Whether it was raining cats and dogs or the sun was burning. It doesn’t matter how good his team-mates were. Florian never gave up, he always wanted to win. In our first conversation here in Leverkusen I told him that he had to keep this gift,” says Rolfes.

That seems to have worked well so far and is the prerequisite for Wirtz being able to push his limits even higher. The attitude of the player in combination with the influence of Seoane – that is the key for Rolfes to further improve Wirtz’ quality: “Gerardo Seoane is a coach who knows how to work with such talents. He finds the right approach, the right approach to further strengthen the strengths and broaden the footballing horizons of young players. He is a coach who makes players better.”

“Florian is actually still an A-juvenile”

If this succeeds, it should be both a blessing and a curse for Bayer. There is already wild speculation as to where Wirtz will one day go should Leverkusen become too small for him. According to his sister Juliane, he used to dream of FC Barcelona. But all the other heavyweights of European football have also been associated with Wirtz. It would also be a moderate miracle if such an outstanding player had not yet made it onto the notepads of top clubs.

The club keeps emphasizing how relaxed it is on the subject. The connection to Wirtz’ family is close and both parties should be interested in finding a good solution in the end. But when does this end occur? At Bayer they expect at least two more seasons with the exceptional player.

“Florian is actually still an A-juvenile, you shouldn’t forget that,” says Rolfes. “We all agree that Florian will be in good hands with us for a few more years. Of course we can always emphasize that his contract runs until 2026, that this contract does not contain an exit clause. There is speculation anyway, but everyone here knows what he has on the other.” Nothing will change about that, even in Wirtz’ months-long absence.