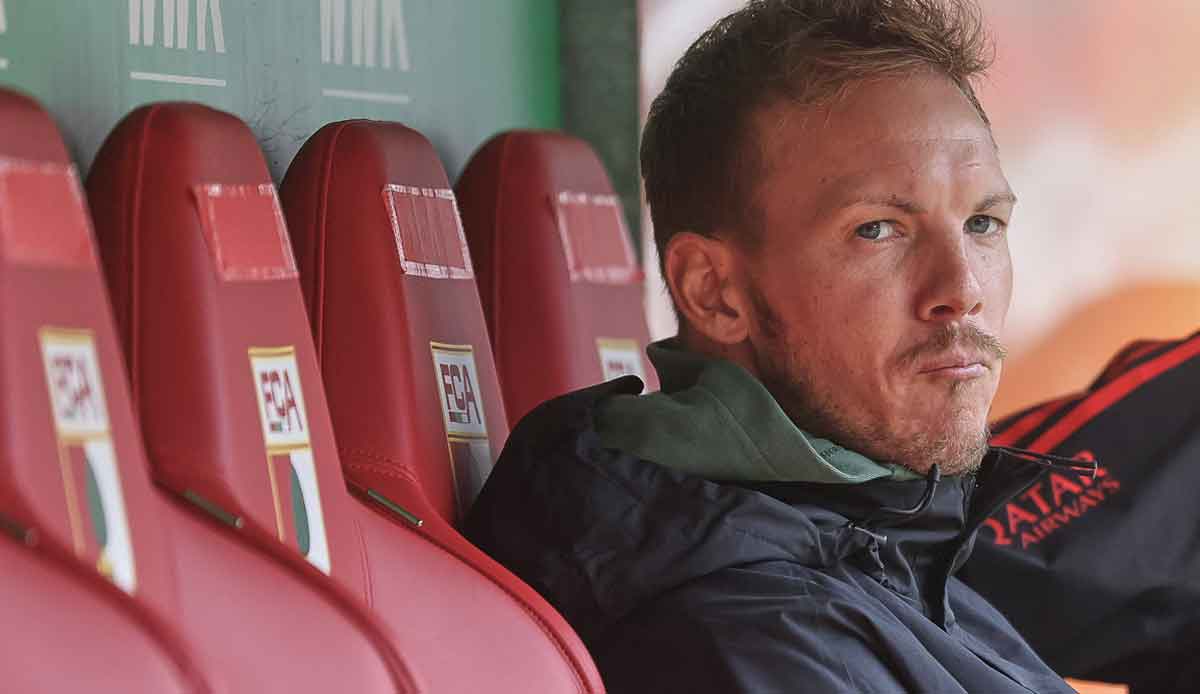 After the fourth consecutive Bundesliga game without a win, the protagonists of FC Bayern Munich primarily referred to the inadequate conversion of chances, but they made it too easy for themselves. The impression of helplessness with a touch of whitewashing is created. A comment.

Hasan Salihamidzic shrugged his shoulders in the mixed zone after almost every set, Julian Nagelsmann just peeked out over the collar of his black hooded jacket, which was pulled up to his chin, during his tight-lipped press conference: The sports director and coach of FC Bayern underscored with their appearances after the 0: 1 at FC Augsburg visually the helplessness in the club is wonderful.

For the first time since Giovanni Trapattoni reigned in the mid-1990s, FC Bayern went without a win four times in a row in the Bundesliga, for the first time after 87 games without a goal. In the table, Munich are only fourth after seven games and could slip further on Sunday. The worrying situation is only aggravated by the strong start to the Champions League with two wins, which came rather fortunately against FC Barcelona on Tuesday.

As the main reason for the next point losses in the Bundesliga, the Bayern protagonists again called a poor conversion of chances. According to Thomas Müller, FC Bayern could have “winn 10:2”, but he didn’t recognize a “blast” in Augsburg. Nagelsmann explained: “When I look at the statistics, it’s basically the case that we have to win the game.” In doing so, however, they made it too easy for themselves and, moreover, aroused the suspicion of whitewashing.

FC Bayern did not have such an overwhelming increase in great chances as these statements suggest, despite a goal shot ratio of 19:11 and significantly more ball possession. “We’ve never had so many chances against Bayern Munich,” said Augsburg manager Stefan Reuter. Instead, other statistics should worry Bayern: Augsburg ran more, completed more sprints and won more duels than Bayern. As against Barcelona, ​​the pass rate was 83 percent, which is weak by Munich standards.

The draw against Borussia Mönchengladbach three weeks ago could still be blamed on the exploitation of chances, but FC Bayern’s problems now go beyond that. Despite the change in tactics from 4-2-3-1 to 4-2-2-2, star newcomer Sadio Mané again found no connection to the game, his form crisis is alarming. The lightness of the outstanding start to the season has long since disappeared, the new flexible offensive is currently lacking the power. In all parts of the team, FC Bayern makes far too many completely unnecessary bad passes and turnovers.

Salihamidzic also diagnosed an attitude problem. A popular aspect if you don’t know what to do next. The team have “brutal problems” against physical opponents and lack the “necessary greed”: “I have the feeling that we rely on the fact that we have top quality.” Worrying statements about this summer expensive and top-class reinforced team. Looking at the results, it currently seems as if she would only tease out the last percent in the glorious premier class.

“We can’t really defend ourselves argumentatively,” said Müller in conclusion. “I can’t give you any smart answers.” This is what helplessness sounds like.