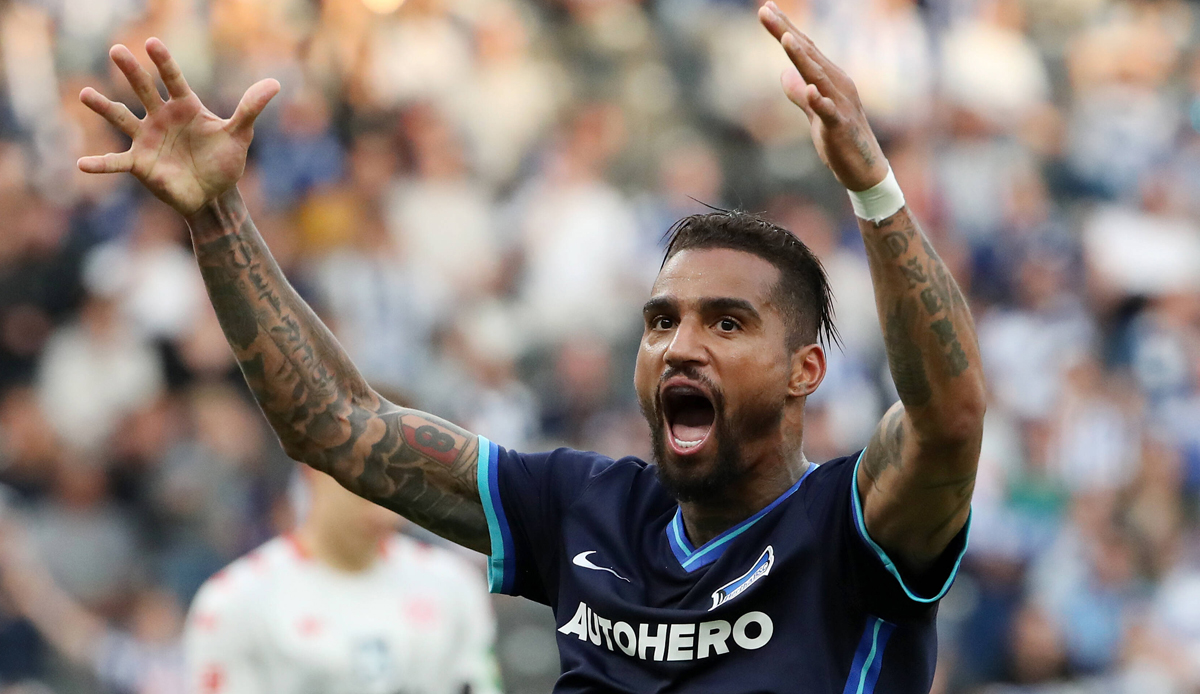 The successful completion of Felix Magath’s complicated rescue mission at Hertha BSC has been postponed. On Saturday evening, the Berliners lost the last home game of the season against FSV Mainz 05 with a deserved 2-1 (1-1) and missed out on staying up.

However, this could already follow on Sunday with the help of record champions Bayern Munich, who would seal Hertha’s tenth Bundesliga season in a row with a win against VfB Stuttgart. Mainz had already been saved and had nothing to do with the fight for the European Cup.

It got really loud even before kick-off in the almost sold-out Olympic Stadium with 71,548 spectators. After the warm-up, the Hertha team ran to the east stand and received a great deal of applause – a clear signal of reconciliation in the smoldering dispute between the team and parts of the organized fan scene.

“90 minutes of commitment, 90 minutes of struggle and 90 minutes of passion” was what Magath had demanded from his team to stay up – and was only heard in the early stages. Hertha got off to a better start, was more alert in the first few minutes and gained a clear advantage.

The Berliners hardly let Mainz come into play and disrupted the opposition far into the half. The pressing was effective, the guests made mistakes. After a ricochet from 05 defender Alexander Hack, Selke was free to finish, but missed clearly (5th). The momentum was increasingly lost as a result, Hertha got stuck and withdrew more and more.

The first goal conceded was a consequence of this development. The Mainz team pushed forward more and more often, especially on the right side. When Widmer shot from a tight angle, Hertha goalkeeper Marcel Lotka, whose whereabouts the Berliners are fighting despite the decision to move to Borussia Dortmund, cut a bad figure.

Hertha found it even harder than before after the setback. There was a lack of structure and pressure on the offensive, technical mistakes and bad passes shaped the build-up to the game. Shortly before the break, Mainz captain Moussa Niakhate met Hertha’s Dedryck Boyata in the penalty area. Selke safely converted the penalty due.

After the change of sides, the game became more open. However, Mainz mostly remained the more active team and had great chances to take the lead again through Widmer (75′). Hertha got stronger again after Maximilian Mittelstädt and Ishak Belfodil came on. Then Bell hit his head. Luca Wollschläger, who came on shortly before, missed the equalizer after a shot at the post (89th).