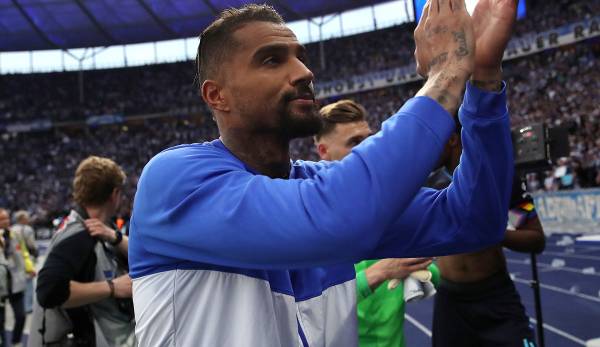 As the new coach of Bundesliga club Hertha BSC, Sandro Schwarz can plan with offensive player Kevin-Prince Boateng. The extension of the contract with the offensive player, which expires at the end of the month, is imminent. “We had a very good conversation, it’s going in a positive direction,” said managing director Fredi Bobic on Monday: “The execution should be in the next few days.”

Schwarz, who asked Hertha to start training on Wednesday, had a personal conversation with the 35-year-old almost two weeks ago. “We discussed the last year from his point of view and his role as a player in the coming season. It was open, clear and honest from both sides. It’s a good basis for continuing to work together,” said Schwarz.

Boateng returned to his youth club last summer. In the relegation battle, but above all in the successful relegation against Hamburger SV, Boateng played a key role as a leading player.

With midfielder Eduard Löwen, the signs are goodbye. The 25-year-old, who was loaned to VfL Bochum last season, is in talks with another club. At Santiago Ascacibar, too, there are signs of separation. The Argentinian had already submitted his change request in the second half of the season. Hertha doesn’t want to put any obstacles in the way of the defensive midfielder.

There should be a financial plus in the transfer balance. “We have to do something, we also have to earn money. We will have to reduce the staff budget,” said Bobic: “We try to earn more money than we spend, but we don’t have a stomach ache.”

Black approaches the new task in Berlin with a clear game idea. He wants to play “very actively”, establish a “good structure against the ball” and “play boldly and purposefully forward”.