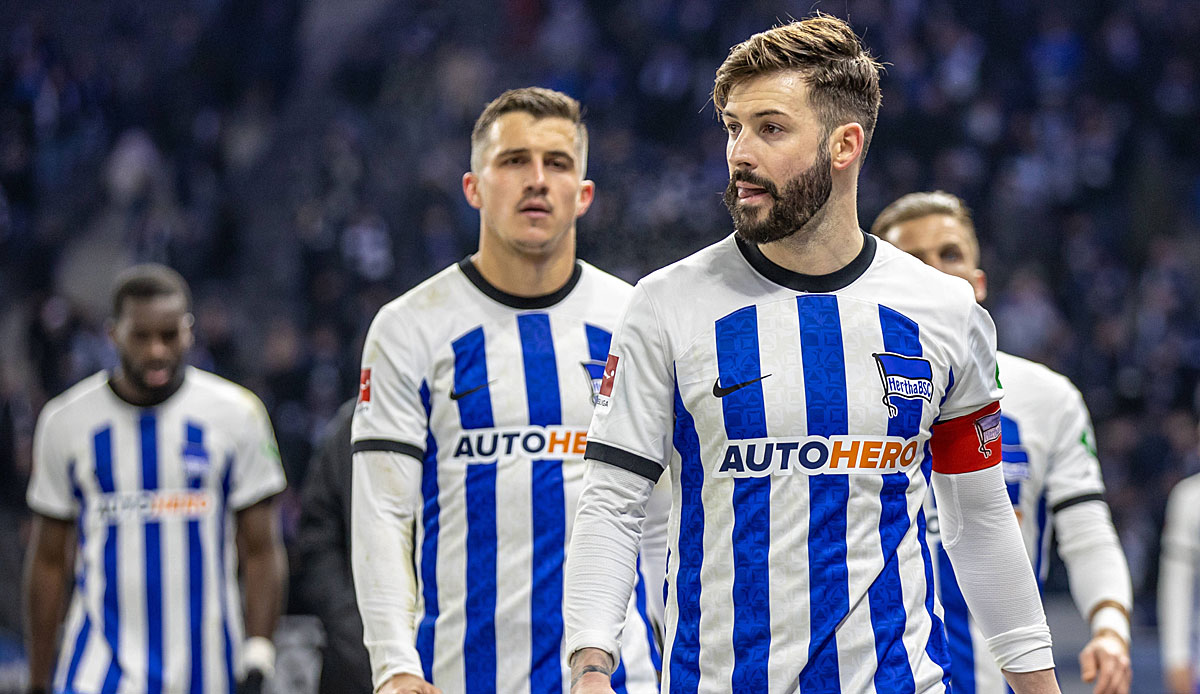 After the rough swatter against VfL Wolfsburg, Hertha BSC is still deep in the relegation swamp. Before the derby against Union Berlin, coach Sandro Schwarz is struggling for confidence.

After the “punch in the face”, Fredi Bobic demonstratively stood in front of his trainer Sandro Schwarz. “We have great confidence in him because he is not even remotely up for discussion,” assured the sports director of Hertha BSC after the next ignominious bankruptcy. Immediately before the city derby against Union Berlin, Hertha, threatened with relegation, is hanging heavily on the ropes.

After the bitter 0: 5 (0: 3) against VfL Wolfsburg on Tuesday, Schwarz found himself somewhere between disillusionment and optimism. “We got a real punch in the face today, but there’s still a long way to go,” said the coach sky: “We didn’t descend today, we’re right in the middle of it.” Only three wins of the season, 14 points and 17th place after the first half of the season: It is the record of a relegated team.

After the final whistle, the players apologetically went to the east stand and heard a mix of whistles and cheers. And now Union is coming on Saturday (3:30 p.m.). How should the turning point succeed against the European Cup contender from Köpenick? “I know for the next three days it’s like, ‘Oh god, it’s the city derby. What happens if that’s lost?’ You shouldn’t even bother with that,” says Schwarz.

The 44-year-old warned against “falling into a mood of doom and depression”. Rather, his team must find a way “to deal with the low blow so that you are ready on Saturday”. The trust in the group is there, although the Hertha professionals against Wolfsburg did a lot to shake it. “The first half was the worst I’ve seen this season,” said Bobic.

The performance was certainly a lot weaker than four days earlier when they lost 3-1 at their direct competitor VfL Bochum. No courage, no ideas, but instead chaos in defence. Even without the injured newcomer Florian Niederlechner, who was sitting in the stands, Hertha remained far too harmless up front. No wonder that Mattias Svanberg (4th), Maximilian Arnold (31st, penalty kick) and Jonas Wind (34th) made everything clear in the first half. Ridle Baku (72′) and Omar Marmoush (86′) even increased late.

In the stands, Josh Wander observed the recent humiliation in Berlin very closely. Wrapped in a blue and white scarf, the co-founder of 777 Partners saw just how big the Hertha BSC construction site actually is. But the upcoming takeover of Lars Windhorst’s shares by the American investment company is one thing. Josh Wander doesn’t score goals either.