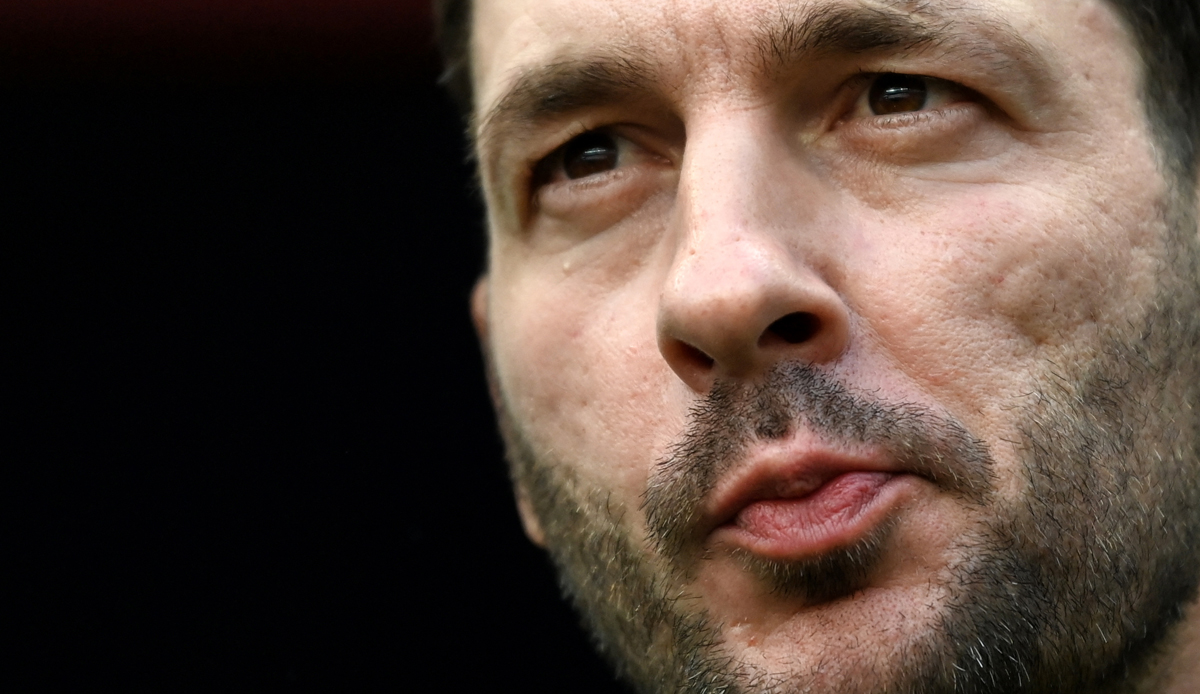 One day after the announcement of the new coaching job at Hertha BSC, Sandro Schwarz looked back. He used emotional words to justify his decision not to leave Russia immediately after the start of the war.

Sandro Schwarz felt a bit heavy on the soul. Even before the new Hertha BSC coach spoke about Kevin-Prince Boateng’s goals, tactics and future, he had used his first media round for an emotional explanation. In a nearly six-minute monologue, Schwarz described his “inner turmoil” over the controversial decision not to leave Dynamo Moscow after the start of the Russian war of aggression in Ukraine.

“I was able to represent that to myself as a human being because the group had the same attitude,” emphasized the 43-year-old, who added visibly moved: “Anyone who knows me knows that I used this war of aggression and any form of war in the Condemn Ukraine completely.”

He also sensed a similar perspective in the Dynamo environment. The people there are “good people who have a clear stance on the subject, like all of us here,” reported Schwarz: “If I had only felt that life there would be normal from February 24th – then it would be logical The consequence for me and my family was to leave Russia immediately.”

Schwarz emphasized that his decision to stay in Moscow until the end of the season had “nothing to do with sport, titles or financial aspects”: “It was all about helping local people.” He felt that he was an “anchor” for the people at Dynamo during this “very emotional time”.

Sandro Schwarz can understand the controversy

Schwarz reported an experience in which he “cried together” with a Russian and a Ukrainian player in the coaching room. “Fear of the future, the feeling of separation from the rest of the world – everyone around me felt that,” said Schwarz, who only announced his departure from Dynamo after the lost cup final last Sunday.

His two-year contract was terminated prematurely. Hertha announced the commitment of the former Mainz coach on Thursday. He can understand the controversy surrounding his decision, especially since his German coaching colleagues Markus Gisdol (Lokomotiv Moscow) and Daniel Farke (FK Krasnodar) immediately turned their backs on Russia.

But the situations are “not comparable”. Nevertheless, he is happy to finally be back in Germany, the pressure weighed heavily on him: “Now it feels liberating”.

He now wants to put the experience behind him and tackle his work at Hertha full of energy. “There should be energy on the pitch from the first day of training,” announced Schwarz, looking ahead to the start of preparations on June 20: “We want to approach the matter with humility, but work hard.”

Whether that also applies to Boateng is an open question. In the coming days, Schwarz wants to have an “open and honest conversation” with the 35-year-old, who was so important for the team in the relegation against Hamburger SV.

Schwarz can definitely continue to count on veteran Peter Pekarik, the right-back extended his contract by another year – with the approval of the new coach. “I already noticed that Peka extended today,” joked Schwarz, who has long been involved in all squad planning.