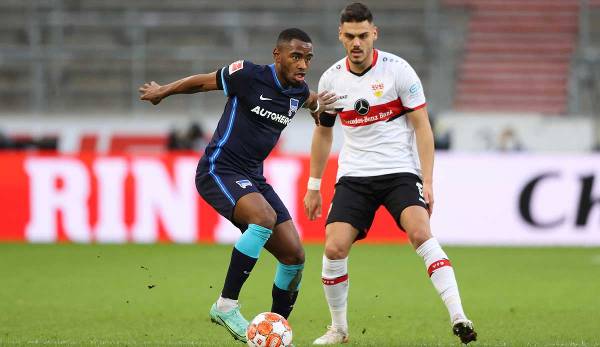 In the last game of the 31st Bundesliga matchday, Hertha BSC and VfB Stuttgart face each other. We accompany the relegation battle duel in the live ticker.

Watch the game between Hertha BSC and VfB Stuttgart live – get your DAZN subscription NOW!

Shortly before the end of the season, a probably groundbreaking duel in the Bundesliga relegation battle takes place in the capital. With Hertha and VfB Stuttgart, the table fifteenth and sixteenth meet today. You can find out who can prevail here in the live ticker.

Hertha BSC vs. VfB Stuttgart: Bundesliga – statistics for the game

before beginning | The Swabians don’t like to be guests in the Olympic Stadium. Of all the teams in which VfB played at least ten times in the Bundesliga, only against Bayern did Stuttgart have a lower point average (0.54) than with Hertha BSC (0.74). However: The most recent duel in Berlin went 2-0 to VfB (October 2020).

before beginning | As is well known, the Swabians have had to deal with the pace in the table cellar for a long time, but things haven’t gone badly for VfB recently. There were nine points from the last six games.

before beginning | struggle and passion. The people of Stuttgart will also strive for these virtues. “You can see and feel a different Hertha in a duel. Hard fouls, many fouls. It’s important not to be intimidated,” explained VfB coach Matarazzo.

before beginning | Hertha’s sports director Fredi Bobic knows that too, as he announced in advance: “The points from Augsburg only really count when we score again against Stuttgart. So they have to be prepared for a tough fight. We’ll try everything we can to get three keep points.”

before beginning | Rays of light are rare in the table basement, but Hertha recently experienced one in the 1-0 win in Augsburg. Coach Magath’s team got some breathing room, but they will have to confirm this success if they want to be represented in the top tier of German football next season.

before beginning | More relegation battle is hardly possible: In the Berlin Olympic Stadium, the table fifteenth meets the sixteenth. Only one point separates both teams, the winner collects important points to at least prevent direct relegation. Because the opportunity seems good to build up a small cushion of six or five points in 17th place after the Bielefeld defeat in Cologne.

before beginning | Compared to the 0-0 in Mainz, there is also a change for the guests: Endo starts for Marmoush, who is temporarily out with muscular problems.

before beginning | Felix Magath makes a change after the 1-0 win against Augsburg: Darida replaces Richter (suspended).

Before start: With Endo, Mangala, Ito and Karazor, some top performers are about to make a comeback at VfB Stuttgart. The capitals, on the other hand, still have to do without Schwolow (tendon injury in the thigh), Jovetic (torn thigh muscle) and Richter (suspended).

Before start: The game will be played in the Berlin Olympic Stadium. The game is scheduled to start at 5:30 p.m.

Before start: Hello and welcome to the live ticker of the game Hertha BSC vs. VfB Stuttgart.

The transmission rights of the game are in the exclusive hands of the streaming service DAZN. So if you want to watch the game live stream, you need the appropriate subscription. One of these is currently available at a price of €29.99 per month. In addition to the Friday and Sunday games of the Bundesliga, you can also see a large number of games from the Champions League, the NBA and even the NFL.

Here you will find all further information about membership.

Hertha BSC vs. VfB Stuttgart: Bundesliga today in the live ticker – the table on Sunday of the 31st matchday