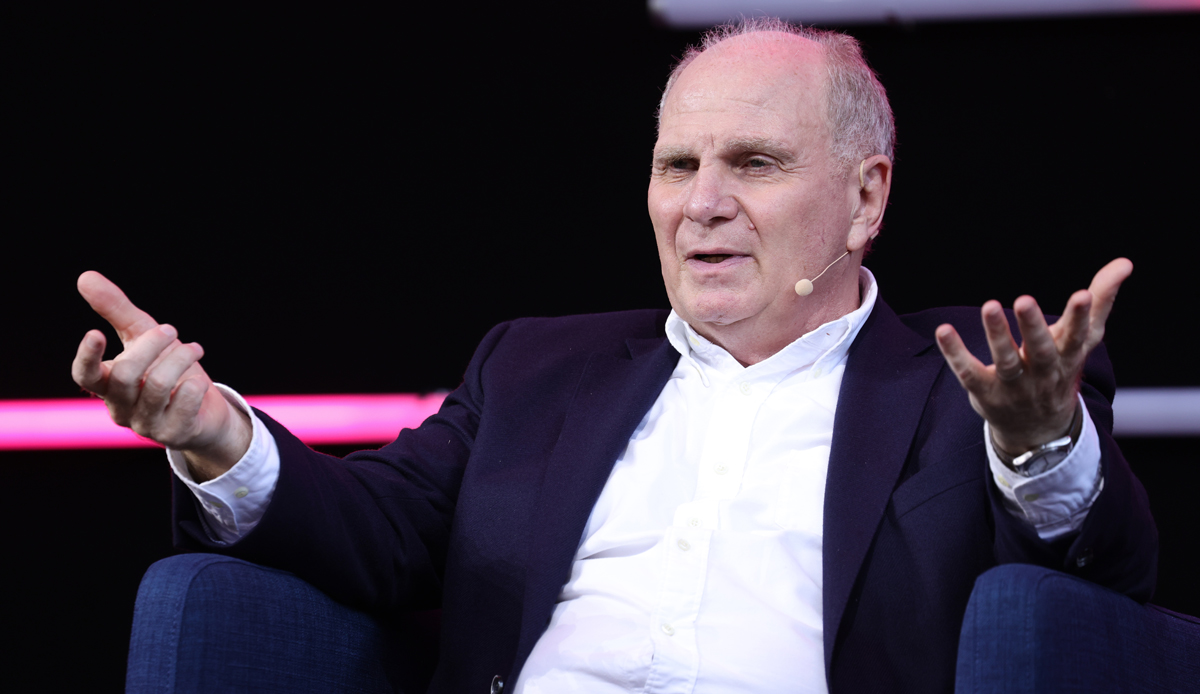 Bayern Munich’s honorary president Uli Hoeneß gave a dig at the head of the DFL supervisory board after Hans-Joachim Watzke’s recent rejection of a 50+1 abolition. “Mr. Watzke is known for doing it wisely,” said Hoeneß at the #neuland congress in Aachen: “Borussia Dortmund has already sold a lot more than 50 percent, so he’s a big brakeman in this matter.”

Hoeneß had recently warned that the Bundesliga – with the exception of his club – would lose touch internationally under 50+1. Watzke, who is also the managing director of the listed Bayern rival Borussia Dortmund, then vehemently ruled out the rule being dissolved. This is “one hundred percent certain,” says Watzke.

Now the 70-year-old Hoeneß once again clarified his point of view in the debate. It’s “not about Bayern Munich and Dortmund at all,” but rather about “smaller clubs that would have more options when it comes to refinancing transfers or infrastructure without this clause.”

The German record champion “wouldn’t use it at all because we have an agreement with our members that we can’t sell more than 30 percent without their consent,” said Hoeneß.

The 1974 world champion asserted that he was “concerned about the whole league” because “it would be a good thing for them if they had more opportunities to refinance themselves.”